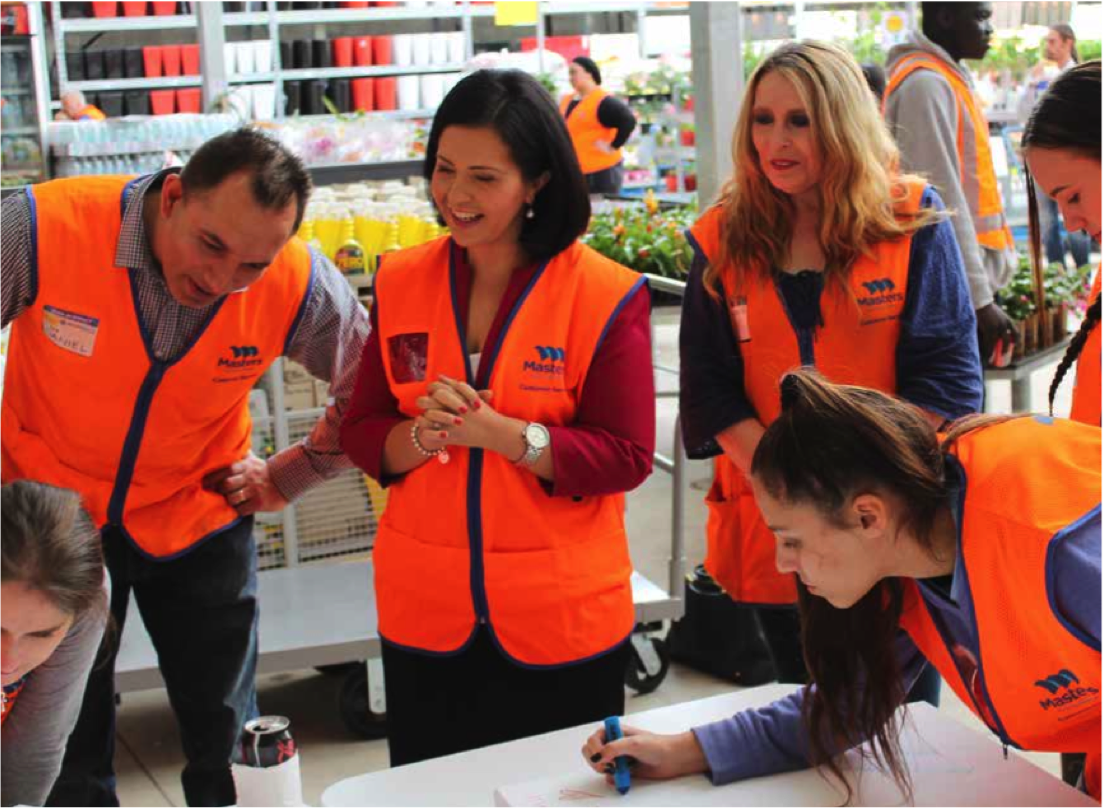 "Government must get serious about its role in encouraging business to invest in moving to new CBDs like Penrith and Blacktown."

Western Sydney is the home to 1 IN 10 AUSTRALIANS, and the third largest regional economy In Australia.

While no level of Government, of any persuasion, denies it’s a booming region, it is consistently shortchanged and denied its fair share.

As Labor’s candidate for Londonderry I knocked on doors for over 17 months and saw examples of this first hand – day after day.

Let’s take the jobs crisis to start with, The employment deficit; the number of people minus the number of regional jobs available, is just too large. While there’s no

arguing that congestion on our arterial motorways, like the M4, must be urgently addressed, Governments must look at long-term strategic ways to address the problem. Every single day, Mums and Dads from suburbs like Werrington County and Claremont Meadows get in their cars and travel east for the only work that can pay their mortgage and support their families.

Their trip can take up to three hours each way, and by the time they get home at night, their children are already tucked in bed and fast asleep. Government must get serious about its role in encouraging business to invest in moving to new CBDs like Penrith and Blacktown. Labor’s Election commitment of pursuing this as a priority of the Greater Sydney Commission was the right one, and one that we should fight for in Opposition.

The same can be said of the critical need for health and education infrastructure in the West. Schools need to be planned to coincide with the development of new release areas, not more than seven years after the fact, as is the case in my Electorate. State Governments place growth targets on regions like Penrith to expand, but we are left lobbying for multi-million dollar redevelopments for hospitals because mothers are being forced to have babies in Emergency Department car parks.

Perhaps the most heartbreaking example of where people in our Western suburbs have been left behind lies in the unbelievable state of Public Housing in NSW. Something I saw time after time while knocking on doors during the campaign. More than 50,000 families sit on the waiting list, and the wait for ‘priority housing’ can be up to two years. With millions of dollars ripped out of the housing maintenance budget since 2011, addressing the critical amount of backlog is near impossible – and people are left living with serious issues that are never addressed. Serious issues like windows with no glass panes, collapsing walls, and holes in floors. There are difficult decisions to be made to confront this, but one that Labor has a responsibility to tackle.

The 2015 State Election was undoubtedly a good one for Labor in Western Sydney – with people in communities across the suburbs putting their trust back in us to fight for them in State Parliament. In order to repay that faith, and win back the confidence of the others we need to secure Government in 2019, we must address these issues in the Western suburbs. People are relying on us not only to hold the Baird Government to account, but to prosecute an alternative vision for families in Sydney’s outskirts.

With a strengthened Opposition, we are well placed to do just that.