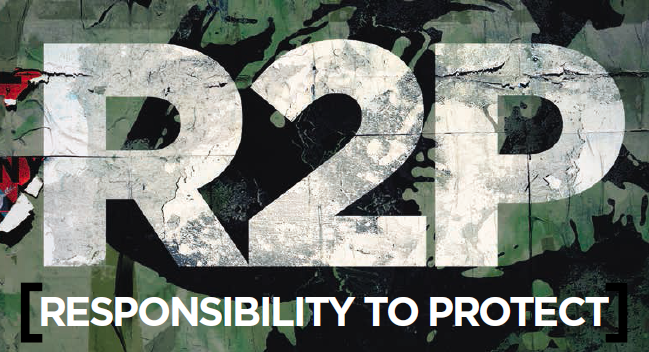 In March 2012, we saw the most active viral social media campaign of all time in the form of KONY 2012, a 27-minute video highlighting atrocities perpetrated in central Africa by the Lord’s Resistance Army, a guerrilla group led by the notorious Joseph Kony.

The video appealed to our sense of justice and hope for the future and became a media phenomenon, achieving over 93 million views on YouTube. It generated so much hype that at times it seemed as though everyone in the western world had seen it. KONY 2012 challenged our values of social justice and challenged the progressive side of politics’ greatest foreign policy achievement – the Responsibility to Protect (R2P) doctrine.

At 10:15pm on 5 March, I received an email with a link to the KONY 2012 YouTube video. It had been uploaded only a few hours earlier and had already been viewed more than 1 million times. I started to receive text messages from people telling me that I had to see this, that it was trending on Twitter and that Young Labor had to be involved. I was tagged in Facebook posts that requested my support. Members of the Young Socialist Left challenged me to join a “true progressive campaign that Young Labor has to be a part of”. “Where are you?” they asked.

Like most young people, I was hooked immediately and began investigating the campaign’s agenda and how we could provide practical help. However, what I read was concerning. Here was a campaign using social media, appealing to our youth, connecting us with a forgotten part of the world and yet advocating for foreign military intervention. My personal view is that foreign military must always be an option, but the threshold should always be high.

Labor has a long and proud history of involvement in the anti-war and peace movements, particularly in the campaign against the Vietnam War. We value efforts to promote peace and, in recent history, we have been more cautious about entering into conflicts than our conservative counterparts. There are many members of the Labor Party who regularly consider themselves anti-war activists. I remember marching with fellow Labor Party members against the Iraq war in 2007, yet later I applauded the decisive action taken in Libya.

This highlights a major question facing Social Democratic centre-Left parties around the world: under what circumstances should a State intervene? It is a profound question, brought into sharp focus by horrific massacres of recent history, including the Srebrenica massacre in Bosnia, where over 8000 lives were lost and most severely by the genocidal conflict in Rwanda, in which over 800,000 people were butchered. These events present us with a dilemma: how can we fulfil the Labor objectives of advocating for peace and helping the disadvantaged when the latter can only be achieved by intervening in other countries?

It was in response to this dilemma that former Labor Foreign Minister, Gareth Evans, proposed the R2P doctrine in 2001 as a solution. The R2P doctrine is the intellectual basis according to which we can justify war without singular recourse to self-interest or selfdefence. It dictates that intervention must be for a just cause, have the right intentions, seek and gain legitimate authority, use proportional means, hold a reasonable prospect of success and be used only as a final resort. While the R2P doctrine reached a certain level of international consensus by 2005, two challenges have since emerged. The first is the unpopularity and protracted nature of the Iraq and Afghanistan wars. Opponents to military intervention lump these wars with Vietnam without realising that neither would have been justified under the R2P doctrine. The second relates to the action taken in Libya. Arguments have been made that foreign forces went too far and that they have risked the lives of one set of citizenry in favour of another.

We should frame our support for intervention using the principles of the R2P doctrine rather than, for example, as a sympathetic response to a social media campaigns. For those of us that were engaged by KONY 2012, we need to set the emotion aside. Under the R2P doctrinal microscope, KONY 2012 most certainly fails. When there is preventable mass cruelty in other States, we can never afford to be hesitant to intervene. Gareth Evans gave us the threshold – the R2P doctrine. That is a higher threshold than 93 million hits on YouTube.