Protecting Public Space and Rebuilding The Trust of The City Street 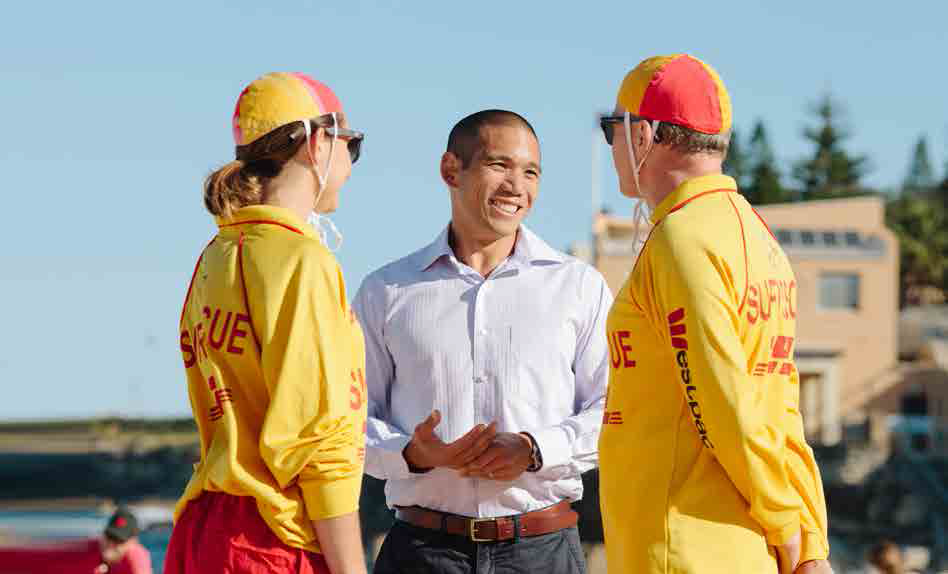 At the edge of Randwick Junction lies a little park. It is shaped like a triangle, bound by three busy roads that link Randwick, Maroubra, and Coogee.

It has a number of beautiful mature trees that provide welcome shade to the nurses from the Prince of Wales who visit the park to enjoy their lunch.

On the western side of the park are a couple of concrete tables and chairs where old men sit and play chess. In the middle lies the local community’s war memorial honouring our servicemen and women.

On ANZAC Day, Randwick residents descend upon this park for the dawn service.

Yet despite its long history and community utility, it surprised few that the NSW Government chose High Cross Park as their preferred location for the new light rail and bus interchange.

Respect for the value of public spaces, sometimes described as ‘commons’, has been declining for many years. According to a report released by the NSW Department of Local Government last year, there has been an 18 percent reduction in public space over the last decade amounting to the loss of 27,500 hectares.

The loss of public space is a trend that has existed for many years now in cities around the world. In his book Cities for People, Danish architect and urbanist Jan Gehl argues dominant planning ideologies have “rejected city space and city life as untimely and unnecessary. Planning has been heavily dedicated to the ideal of developing a rational and streamlined setting for necessary activities. Increasing car traffic has swept city life off the stage or made travel by foot totally impossible. Trade and service functions have largely been concentrated in large indoor shopping malls.”

Gehl believes the civic, social and cultural functions facilitated by public spaces are under siege.

So have we neglected the human dimension of our cities? Is there an alternative to deserted streets, violent entertainment districts, gated communities, and sterile commercial shopping malls? Does it matter?

I believe that public space plays a vital role in the economic and social fabric of local communities. We create this physical world through our planning laws and design preferences, but this physical world also shapes us. Our urban environment determines how we get to work and how long we spend commuting. It determines where and how our kids play, how much physical activity we get, and the ways in which we socialise with our neighbours and interact within our community.

Our public spaces form the venue for any number of structured social activities: organised sport, farmers markets, street parties, demonstrations, meetings, parades, and music festivals. They also set the stage for the small, but no less significant, spontaneous moments that make up everyday life: chance encounters, small talk at the coffee cart, toddlers chasing after pigeons, and grandparents chasing after toddlers. Public space satisfies our very basic human need for some level of interaction with the world around us. That interaction, that social contact, develops community trust and public safety.

In 1962, Jane Jacobs published her seminal book, The Death and Life of Great American Cities. In the 1950s, the heyday of modernist urban renewal, Jacobs had been living in and observing the street life of Greenwich Village in New York.

On one particular occasion Jacobs noticed, from her second floor window, a struggle between a man and a little girl of eight or nine. According to Jacobs the man seemed to be trying to get the girl to go with him. The girl was standing rigid against the wall of one of the buildings, making it difficult for her to be taken away.

As she watched and decided whether she should intervene, she noticed her street react to the struggle.

“From the butcher shop beneath the tenement had emerged the woman who, with her husband, runs the shop; she was standing within earshot of the man, her arms folded and a look of determination on her face. Joe Cornacchia, who with his sons-in-law keeps the delicatessen, emerged about the same moment and stood solidly to the other side,” observed Jacobs.

Eventually, additional people came out onto the street: the locksmith, the fruitman and the laundry proprietor. Jacobs had observed what many of us intuitively know, that busy and well-used streets are safer than deserted streets.

A well-used public space has myriad attributes that contribute to public safety. The mix of people plays a role. When families and older generations interact with young men on the street, the level of violence tends to fall. Then there are the people who watch the public space – shopkeepers, for example – who are typically strong proponents of peace and order. Then, of course, there are those residents who take some responsibility for what happens on a street. These are the people who offer directions to strangers who appear to be lost, or who yell at the little kids playing a little too close to the street curb. Then there’s what Jacobs describes as the “trust of a city street”.

According to Jacobs, the single most important determinant of community safety is trust. “The trust of a city street is formed over time from many, many little public sidewalk contacts,” she wrote.

“Most of it is ostensibly utterly trivial but the sum is not trivial at all. The sum of such casual, public contact at a local level – most of it fortuitous, most of it associated with errands, all of it metered by the person concerned and not thrust upon him by anyone – is a feeling for the public identity of people, a web of public respect and trust, and a resource in time of personal neighbourhood need.”

Gehl agrees. He proposes we “think of closeness, trust and mutual consideration as the direct opposite of walls, gates and more police presence on the street”.

We worry today that people have withdrawn from the public realm. Political party membership is in decline. RSL clubs are closing down. Church attendance is falling. But is it at all possible that, by taking away public space, we have denied our residents the opportunity to relate with each other, to trust each other, and to develop a level of commitment to their communities? Given the decline in public space over the last ten years, is it surprising that the level of civic engagement in Australia has fallen?

In ancient democracies, the body politic and the public spaces were inseparable.

The ancient Greek term polis or ‘city’, referred not just to the city structure itself, but also to the notion of citizenship and the body of citizens who composed the polis. Lycurgus, the lawgiver of Sparta announced in 850 BC: “There thou beholdest the walls of Sparta, and every man a brick”.

To the prominent Greek Statesman of the Golden Age, Pericles, the whole point of being in the city was to play a role in public affairs: “We think that the man who minds only his own business has no business in the city.”

You do not need to look as far back as ancient Greece to note the primacy of the public space to policymakers. The first amendment of the US Constitution reads:

“Congress shall make no law respecting an establishment of religion, or prohibiting the free exercise thereof; or abridging the freedom of speech, or of press; or the right of the people peaceably to assemble, and to petition the government for a redress of grievances.”

What then should be done about the decline in public space in New South Wales?

The most important first step is to recognise the importance of our public spaces. They facilitate more than we often realise and reflect much of who we are.

The next step is to translate that recognition into action.

For example, both Jacobs and Gehl have called for a shift in the way we build cities with a far greater emphasis on pedestrians.

“Studies of urban streets in London, New York and Sydney illustrate the problems of narrow sidewalks for large crowds of pedestrians on streets where most of the area is designed for car traffic, despite the fact that the number of drivers is far lower than the number of pedestrians crowded together on the sidewalk,” observed Gehl.

“Cities must urge urban planners and architects to reinforce pedestrianism as an integrated city policy to develop lively, safe, sustainable and healthy cities. It is equally urgent to strengthen the social function of city space as a meeting place that contributes toward the aims of social sustainability and an open and democratic society.”

This brings us back to Randwick’s High Cross Park, the site once known in the mid-nineteenth century as ‘The Green’. A site that, in 1859, was the venue for the announcement of Randwick’s first municipal council. A site that, in 1860, was used by the young men of Randwick Volunteer Rifles to train and drill in preparation for the possible invasion of England by Napoleon III.

Today, High Cross Park has rightly been identified as a heritage conservation area and a central and identifying element of Randwick’s historic landscape.

Yet, it has nevertheless been earmarked as the proposed location for the new light rail and bus interchange.

I believe it is not enough for us to witness a decline in public space, shrug our shoulders, and point to population growth.

Our public spaces are critical to our social fabric, to community safety, and to civic involvement. They are richly inscribed with our culture and our history.

Some places, like High Cross Park, are repositories of national memories, and demand our protection.