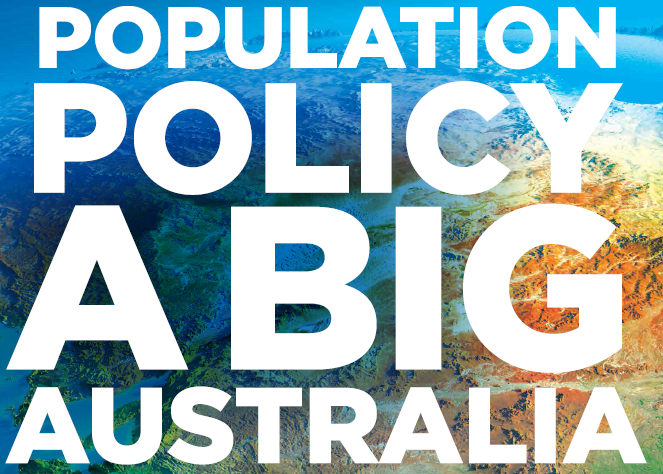 I arrived in Australia from Iran as a five-year-old migrant in January 1988. On 11 December 2013, I delivered my inaugural speech in the Australian Senate as a proud representative of the Australian Labor Party. My experience of the many opportunities of Australian citizenship motivates me to make a difference on population policy.

I believe that the Labor Party needs a clear and consistent population policy that embraces growth and presents both a clear vision and strong and compelling narrative for Australia’s future.

I’m doing what I can to change the tone and substance of the Australian immigration debate and in doing so, ensure that it is always part of a broader discussion about planning for our future.

Last year, Australia’s population grew by almost 400,000 to 23 million. We have a low natural growth rate, accounting for an additional 160,000 people per year, or about 40 percent of our annual population increase. The rest of our population growth comes from immigration. Almost 240,000 people arrived from overseas and stayed in the 12 months to March 2013.

While this number may seem large at first glance, it is a tiny fraction of the three million Australians receiving a pension, a number that will only grow. As Carla Wilshire of Migration Council Australia has stated: if we were to stop overseas immigration, “by 2050 roughly half of us would be over the age of 65 and we’d essentially be one gigantic floating nursing home somewhere in the Pacific.”

Most immigrants are of working age and pay taxes, a contribution essential to paying for our ageing population. We should plan and prepare to welcome more people who are willing and able to add to the wealth of our economy. With Labor leadership on population growth, we can ensure the experience of our industrial wing informs our skilled migration program, and migrants are informed of the achievements of our movement in creating a fairer workplace environment.

We cannot ignore the stress that an increasing population will have on our environment and our natural resources, and we must ready ourselves for the often uncomfortable transformative pressure that sustained growth will exert on our economy. Responding to the changing needs of the community and managing environmental impacts must be considered with care.We must also prepare our cities with high-quality, well-managed and carefully planned public infrastructure: access to great schools with experienced teachers, world-class hospitals providing the highest level of care, and efficient public transport networks that move people and goods freely across the country. We should be investing ambitiously: upgrading and increasing our housing stock, opening new air routes, improving roads and train networks, developing clean energy and improving our water management systems. These are the challenges for government to rise to over the next 30 years. Immigration needs to contribute to this development, and we cannot allow the conversation to be dragged into hyperbole: that “recent arrivals strain public services” or that “we’re full”. Only Namibia and Mongolia have a lower population density than Australia. While geography may constrain us in some places, our capital cities are generally flat and sprawling. Metropolitan Sydney has a population density of 370 people per sq km. In contrast, London has more than 5000, Paris 20,000 and Manhattan over 25,000.

We have a window of opportunity for a real debate that isn’t about three-word slogans, vilifying asylum-seekers or playing to community prejudices. We cannot allow our policy to be reactionary or responsive, which is how this issue has too often been treated in recent years.

My argument is a pragmatic one. Increasing our population through immigration is a sensible decision that will bring more healthy young people to work in our economy, trade with our neighbours and bring revenue into our Treasury. We must attract the best global talent to embrace our ethic of hard work and a fair go for all, and to innovate, invent, and drive commerce into the future. We will require more willing people to roll up their sleeves and work in the jobs that Australians are sometimes reluctant to do to allow us to maintain our standard of living and care for our ageing population.

Immigration adds to our national wealth and makes us strong – it is one of the great signs of optimism. Labor must prepare for a bigger Australia.