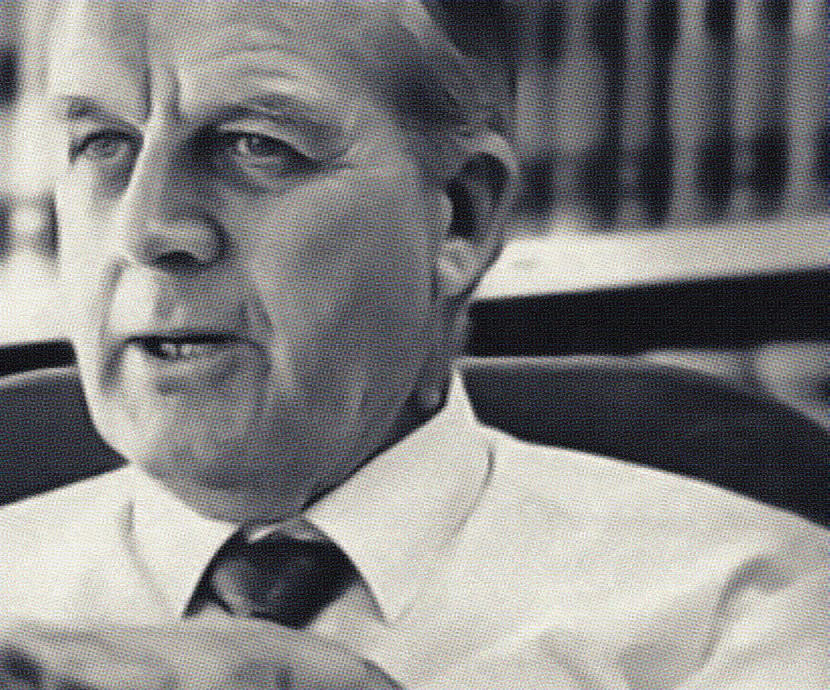 Lionel Bowen was a man whose integrity shone forth as clear as the noonday sun. I had known Lionel Bowen since 1958.
I have never heard a single person of any party have a bad word to say about him. He was the personification of a gentleman. He had four great loves in his life. His first was his family. His second was his Catholic faith, of which he was a staunch adherent. His third was his beloved Labor Party, and his fourth was his Irish heritage. They all meant so much to him.

Lionel and his wife Claire had eight children. I would see Lionel and his family frequently, as we only lived a few streets away from each other in the electorate. Lionel had a sad life as a young fellow, but his mother Elsie was passionate about his education. He embraced that passion. His life was a great Labor story.

Through hard work, education and a desire to serve others, Lionel rose from humble beginnings to the zenith of power as Deputy Prime Minister of Australia.

Lionel was quintessentially a good Labor man. He was imbued with a Christian faith that strengthened his political beliefs. Lionel served in four levels of government: Alderman and Mayor of Randwick Council; a Councillor on the Sydney County Council (the body responsible for supplying electricity); State Member of Parliament; and a Federal Member of Parliament. He never lost the common touch. You would see Lionel lined up in a supermarket or a bank.

He would never jump the queue. He had a capacity to love his fellow citizens. He would say ‘we’re all the same in the surf.’ He was assiduous in looking after his electorate, and he referred to his electorate in geographical terms as ‘the parish’.

If you have a look at your rate notice, you will see that the smallest geographical unit is a parish. The next biggest is the zone that you live in within a municipality, followed by the municipality you live in, then your state electorate and your federal electorate. Lionel believed you always looked after the parish, not in liturgical terms, but in geographical terms. If you look after the parish, you’ve looked after the lowest common denominator. But nobody was considered a ‘lowest common denominator’ with Lionel.

When a constituent came to see him with a problem that most people would consider minor, Lionel saw it as important to that person, so he would pursue that problem with vigor. During the split – those dreadful Evatt years – Lionel was the glue that held the Party together in his electorate and beyond. He did it by strength of personality, but I doubt he ever made an enemy. He was a great negotiator, and he had great powers of persuasion. These skills allowed him to split the Coalition at a crucial stage over state aid.

When Kim Beazley Snr was ill, Lionel was the Acting Education Minister. What Lionel achieved was monumental. The Liberal and Country Party once had only three Catholic members between them. Though Menzies had provided some funding for science labs in private schools, the Askin Government in NSW opposed state aid. The Victorian Labor Party had tried to expel Gough Whitlam over the issue only a few years earlier, and they had expelled the Labor Leader in the Victorian Legislative Council, John Galbally, in 1970.

Lionel was able to peel the Country Party from the Liberals – an achievement in itself – and pass a historic Bill to provide funding for schools on the basis of their need. As Attorney General in the Hawke Government, Lionel pursued the cause of human rights. In 1985 he introduced the unsuccessful Australian Human Rights Bill. In 1986 he was successful in passing the Human Rights and Equal Opportunity Commission Act. In 1988 he made the case for certain human rights to be enshrined in our constitution at an unsuccessful referendum. Lionel was instrumental, along with others, in the battle to establish the Randwick Labor Club. It was a monumental battle. We were assailed on all sides by local publicans, the local council, the Askin State Coalition Government.

Thousands of dollars were spent in the courts defending the purpose of the club. What frightened lots of people outside the Labor Party was that the club could be used as a template throughout the State. If you had men and women with Labor blood in their veins, like we had in our area, it could have happened. There were lots of attempts in country towns to create workers’ clubs, but they were taken over by Nats. The founding of the Randwick Labor Club is a testament to the hard work of Lionel and others. I have been a delegate to the Kingsford-Smith Federal Electorate Council since 1971.

In all the time I have been a delegate to his Federal Electorate Council I can never remember a time when Lionel made a call on the funds of the FEC. He paid for his campaigns out of his own pocket. Lionel always attended his FEC. He was never late for a meeting. And I remember him on one occasion saying, ‘If you have an FEC of almost 100 people, and you’re six minutes late, you’ve wasted 10 hours of delegate’s time.’ He also said ‘You don’t disadvantage those who are here voluntarily.’ Our FEC once had a secretary with a prodigious memory who could produce minutes that went for ten pages and provided a verbatim transcript of entire meetings. Unfortunately, this secretary was always late to meetings.

I would sit at the door as an unofficial gatekeeper, and when this secretary would arrive late, I would ask her ‘Do you want to buy a ticket in the raffle?’ The reply would be: ‘What’s the prize?’ I would reply: ‘A watch.’ The secretary would say: ‘I already have a watch.’ To which I said, ‘Well then, do use it.’ Then Lionel, always the gentleman, would go to the secretary and say: ‘Thanks, you’re doing a good job.’

When Lionel was in Ireland, he was being driven around, accompanied by the Ambassador to Ireland. They were driving in a big black car, and the streets were filled with people shaking their fists and booing them. Lionel asked, ‘What’s up?’ The Ambassador responded, ‘We’re flying the British flag up front and they’re not overjoyed with that.’ Lionel replied, ‘Take the bloody thing off!’ Lionel was a great mentor.

At times I am sure that he didn’t set out to be a great mentor, it just flowed from him. If you want a template for how to live a good life in public service, look to Lionel. Rex Connor, the Minister for Minerals and Energy in the Whitlam Government, used to recite an adapted verse from The Coming American by Sam Walter Foss. I have adapted this quote further, and I find it is applicable to Lionel. Give me men and women to match my mountains. Give me men and women to match my plains. Give me men and women with Labor blood in their veins. If we only had men and women of Lionel’s stature we would never lose office. To know Lionel was to love him. He was able to do great things without engendering animosity. His Catholic faith, his family, his belief in Labor and his Irish heritage were his guiding lights, and they never let him down. And he never let us in the Labor Party down. May his noble soul rest in peace. He was afforded a State Funeral from St Mary’s Cathedral, presided over by his Eminence Cardinal George Pell. It was a great send-off, but the reception he would get at the other end would be something to behold!