Now Is The Time For Infrastructure Investment In Western Sydney 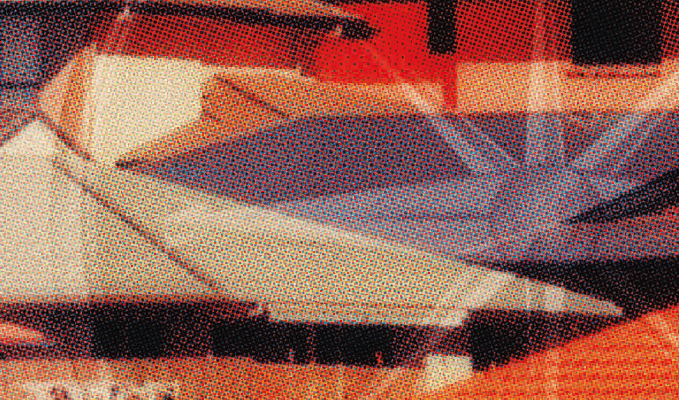 Growing up in Seven Hills over 20 years ago, I vividly recall announcements by the Liberal Premier of the day of new land releases in Sydney’s North-West. I didn’t understand what this meant until I saw the masses of new brick houses sprouting in areas I once knew as bush and farmland, seemingly overnight.

I also remember the warnings from commentators and policy advocates alike, about the perils of urban development in the absence of forward-looking infrastructure. How right they were. And I remember some years later, when my then fiancé and I bought a block of land in one of those new suburbs, a proposed train line to the North-West was on the developer’s marketing collateral.

Today I speak with scores of constituents every day who are either forced to sit in queues of traffic, or travel for up to an hour without a seat on an overcrowded bus or train, as they make the daily commute to and from work. Having lived in Western Sydney all my life, and having worked in the city for a large part of my career, I understand exactly what they mean.

That’s why I am – and always have been – a vocal advocate for infrastructure investment in West and North-West Sydney. If we are serious about de-centralising our major cities; about making life for residents in our new suburbs liveable – and life with a choice of employment opportunities at home or a bearable commute to the city – then we must be willing to invest in the infrastructure that can support sustainable urban growth. And we must never forget the fact that we, as Labor governments, have a responsibility to provide this vital investment to ensure that all residents enjoy the equality of opportunity they deserve, no matter where they live.

This is one of the most striking differences between us and our conservative opponents. From 1996-2007, the Howard Government invested barely a cent in schools and they cut funding for the tertiary sector in real terms. They stripped $1 billion from our public hospitals. Their first Budget abolished the Better Cities program, specifically designed to deliver urban infrastructure projects in our growth suburbs. And they were responsible for 18 failed broadband policies. Whilst the Liberals were cutting these essential services, new suburbs were being built which had barely any access to essential services and infrastructure.

This has created a new form of disadvantage in West and North-West Sydney. It’s not a form of socio-economic disadvantage per se, but a form of disadvantage that results from being denied access to good schools, good health care, broadband and public transport, simply because of your postcode. You are disadvantaged when you are denied the services you need to maintain a good quality of life. If you do not have sufficient schools in your area to stop classrooms from being overcrowded because there are no high schools in Kellyville Ridge, Stanhope Gardens and The Ponds, then your children are disadvantaged. If you are denied access to even the most basic broadband service because you live in North-West Sydney, then you are at a disadvantage compared with residents in the North Shore who enjoy the benefits of ubiquitous and superfast broadband. And if you live in West and North-West Sydney and have to catch two buses or drive for 30 minutes simply to get to your nearest train station, then you are at a disadvantage to residents in the Inner City who are spoilt for choice when it comes to public transport.

This form of disadvantage builds on the socioeconomic inequalities that are still experienced by too many residents in our community. We all know that Labor Governments have a responsibility to step in and take action to address this. If we do not, no-one will. Residents in West and North-West Sydney recognise this clear and fundamental difference between the two major political parties. But when we, as the Labor Party, fail to deliver vital infrastructure for these communities, their sense of disappointment is profound. And as we saw during the recent State election, they will leave us mercilessly. It is not an unreasonable expectation that where land is released for new housing, there are corresponding investments in new infrastructure. These investments need to be in a variety of forms, but four in particular: transport, broadband, health and education. The very real frustrations regarding the quality of transport services held by constituents in West and North-West Sydney, especially residents in my electorate of Greenway, is precisely the reason why the need to build the North-West Rail Link is so important.

That’s why in her first meeting with the incoming NSW Premier, Prime Minister Julia Gillard reaffirmed the Federal Government’s commitment to work co-operatively with the State Government to achieve the best outcomes for the people of NSW. It is a testament to Prime Minister Gillard’s understanding of the needs of residents in West and North-West Sydney that she agreed to work constructively with her NSW counterpart on key issues of concern to residents, specifically transport infrastructure. This is a stark contrast indeed to a Federal opposition which did not invest in infrastructure during its wasted years in office – and has still not committed to this day a single cent to investments in urban public transport.

That was a government which, in its first Budget, scrapped the funding for what was known as the Western Sydney Orbital (now the M7 Motorway), delaying its construction by more than a decade. That was indeed a government with no regard for the future. Compare this to nation-building projects like the National Broadband Network (NBN) which are investments in the future. This Labor Government has made the bold decision to step in where markets have failed to provide affordable and accessible broadband. The simple fact is that fast broadband services are simply non-existent in many new suburbs in West and North-West Sydney.

Recently, I held a mobile office in Kellyville Ridge, one of Sydney’s fastest growing suburbs. The single biggest issue raised with me was the lack of access to fast and affordable broadband services. In the days following my mobile office, I received a letter from one constituent who wrote – “My wife and I can only use wireless broadband and our mobiles from the front, upstairs balcony of our house. I have no choice of service provider ... I find it extremely frustrating that in this day and age in Sydney’s largest growth area, we cannot access quality broadband/mobile services.” I could not agree more. It’s easy for a hollow Opposition to drum up fear campaigns, but let’s just remember one thing: not once during the wasted Howard years did the International Telecommunication Union (the ICT arm of the United Nations) predict that Australia was on the verge of becoming the global leader in broadband.

As the ITU Secretary-General, Dr Hamadoun Toure, recently commented on what the NBN will achieve for Australia: “The way I see it here, Australia has undertaken the largest infrastructure project ever. Three to five years from now, Australia will be number one in broadband in the world.” It’s no wonder then that the NBN question which I field from so many businesses in the North-West, as well sole traders who operate businesses from their homes, is not “Why?” – but rather, “When?” In health, I have witnessed the benefits of the Federal Government’s Primary Care Infrastructure Grants that provide local medical practices with the financial boost to expand their services and reduce waiting times. The Gillard Government is also delivering on e-health initiatives, with Western Sydney being the first to benefit from this new project. E-health will cut down medication errors, keep up-to-date clinical records and bring our health system into the 21st Century. As a former lawyer with a privacy and IT background, I recall the years of wasted stop/start e-health strategies under Mr Abbott’s tenure as Health Minister, where nothing actually eventuated in e-health other than re-runs of his media releases saying it was a great idea.

Now, only a few weeks ago, I had the pleasure of hosting Health Minister Nicola Roxon in Western Sydney to formally announce its launch. The choice of Western Sydney was no accident, and reflects the Federal Government’s recognition of the importance of the best quality health care for Australia’s largest growth area. Every family in every community across the country deserves world-class health care. But you only have to look at the statistics to see how important it is in West and North-West Sydney. For instance, the Blacktown Local Government Area has the highest rates of cancer in New South Wales. We have the highest rates of cardiovascular disease and the highest rates of smoking-induced illness. On the one hand, it can seem depressing that one Local Government Area is home to such concerning health numbers. But for members of the Labor Party, the numbers should drive us to invest in better health care by training more doctors and nurses, funding more hospital beds and most importantly, pursuing our national preventative health strategy. We have done much for residents in West and North-West Sydney – but we can neither afford to rest on our laurels nor fail to recognise the need that there is much more work to be done.

The North-West Rail Link is a case in point. All levels of Government need to work together to deliver this vital piece of public transport. You can be sure that I’ll continue to speak up about its importance, even if I have to ruffle a few feathers on my own side of politics. West and North-West Sydney may be in the process of enormous urban growth. But the challenges have and will always remain the same: how we can provide the services and infrastructure needed to cater for a growing population. As members of the Labor Party, we know it’s the job of Governments to get on with the job of delivering these services. We know that Labor governments are in the best position to provide quality public transport, broadband, health care and education because unlike our opponents, we actually believe in it.