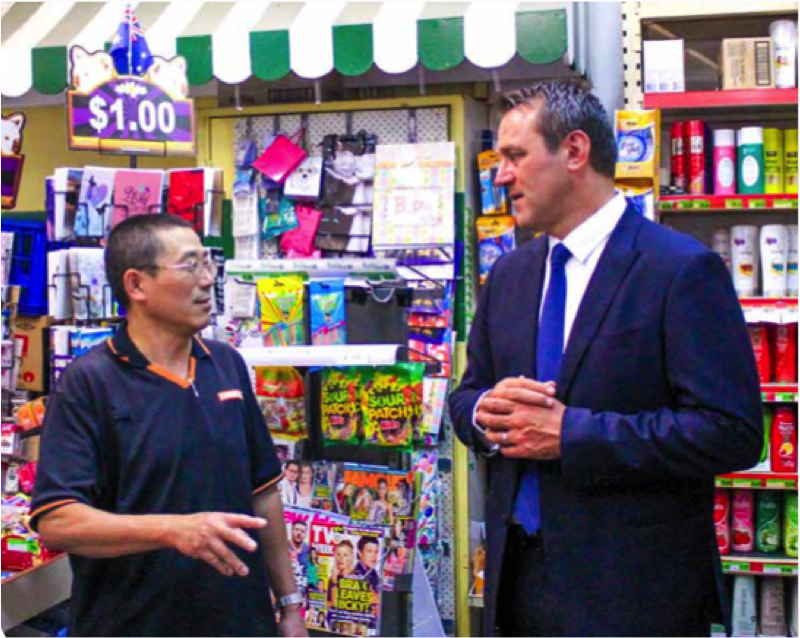 “The Liberal Party are the party of small business.” We hear this tired old line trotted out by our political opponents election after election. It has no substance, no policy to back it up, just an empty statement of good intentions."

For far too long this has been accepted as a truism, simply a reality of Australian politics. However the truth is that the Liberals have taken this constituency for granted for far too long, and as a result the sector has been the subject of inattention and neglect. Red tape and regulatory requirements increase year after year, owners and employees are being forced to put in longer and longer hours just to break even, and promised reforms are inevitably subject to repeated delays or pushed aside as just too difficult.

The Liberals may say they’re the party of small business – some on our side would even say we are. But the fact of the matter is that in recent years, neither party has truly represented the interests of small business. This is in spite of the fact that small and medium enterprise has consistently acted as the engine room of our country’s growth.

Too often, we talk about either representing employers or employees, but anybody running a business knows that caring for one is caring for the other. In New South Wales alone, more than two million people are directly employed by small businesses, predominantly in stable and fulfilling jobs.

It is past time that Labor meaningfully engages with this constituency, not just for the sake of the obvious electoral benefit of creating a dialogue with so many traditional Liberal voters, but to ensure our state and our nation’s prosperity and success well into the future.

However to do so, to win over a constituency that has for far too long been married to the conservatives, we need to be willing to make the hard decisions that will allow small business to flourish.

Since the Keating tax summit in 1985, we’ve acknowledged the inefficient mix of State and Federal taxes which strangle economic growth and put a damper on Australia’s business sector.

We know where the problems lie, yet we have had politicians on all sides turn a blind eye to reform. As the economic benefits of the first and second mining booms wind up, we need to look back again to these hard decisions if we wish to continue enjoying the high standard of living we have all come to expect.

We desperately need to take a root and branch examination of our tax system, and to move towards a better, fairer system that will deliver the social programs Australians deserve without placing unnecessary roadblocks in our economy.

The current payroll tax system in our country is a perfect example of counterproductive and illogical revenue raising. We arbitrarily impose punishment on businesspeople who invest in enterprise and human capital – the most valuable asset of any firm. Rather than extracting revenue at the point of profit, payroll tax undermines expansion, particularly among the small business sector who face a massive regulatory burden as they seek to develop.

As an advisor to many small businesses throughout my working life prior, I have seen firsthand the decisions taken by small business proprietors not to take on new employees, not to expand and grow, almost exclusively on the basis of payroll tax obligations.

Each and every one of those lost jobs, those lost opportunities lies at the feet of Governments unwilling to take responsibility for the difficult issue of tax reform.

If the Labor Party were to champion the removal of payroll tax, to argue for its replacement with less disruptive options, we would not only win over the hundreds of thousands of owners of small and medium businesses across our State, but stimulate
employment and drive the creation of the new jobs we so desperately need.

Change is never easy, particularly the significant changes that would be required to replace one of our State’s key sources of revenue, but it is long past time that we start the conversation