Labor As The Party of Economic Mobility 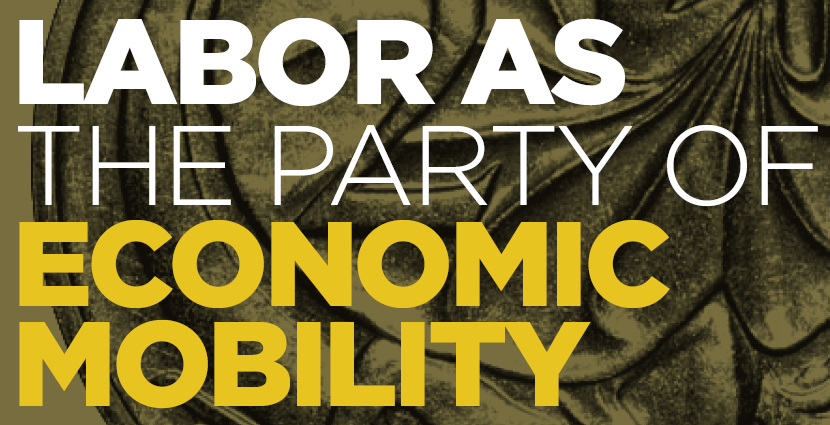 The global policy-making community is now having the right kind of debate about the costs and consequences of rising inequality and what it means for wealth creation and opportunity in advanced industrial economies. The Economist magazine, a traditionally dry publication, has called for the elimination of inefficient business tax concessions to fund a massive increase in human capital spending. The similarly oriented Financial Times has run intelligent pieces about the economic costs of digital exclusion.

Yet this whole debate has passed the Abbott Government by. Almost a year into my term as a new member of parliament and I have already seen more than enough of the current government to cement my long-held view of the gulf which separates Labor and the Coalition on their approach to these types of issues. From their heartless repeal of the needs-based schools funding model to early budget decisions which have shifted the tax and cost of living burden away from the wealthiest towards the neediest, it is clear this government is willing to sacrifice much that Labor achieved to promote social inclusion for the sake of rewarding the sectional interests that saw them elected.

This is particularly devastating in the face of one of the most important challenges facing Australia today: promoting social and economic mobility. Mobility is the ease with which a child from a disadvantaged background can become a prosperous adult. A perfectly mobile society is one in which your chance of financial success in life is not determined by your parents’ income, background or postcode. Studies of income inequality have found that societies throughout the developed world have become more unequal over the last few decades and that this inequality has been accompanied by a decline in intergenerational economic mobility.

A recent study by John Jerrim at the University of London, reported in the New York Times, found that Australian children with professional parents were approximately three times more likely to gain entry to a high status university than those with working class parents. Consider the dynamism and creativity that is sacrificed here. If young people from disadvantaged backgrounds had real access to the same quality of education as their peers, the pool of human capital from which we develop as a society would be greatly strengthened.

The best solution to this is to invest in human capital and digital inclusion, especially from a young age. That’s why Labor’s needs-based schools reforms were so important, and also why it’s so sad to see that part of the model torn up by the Coalition. This single policy is indicative of the core difference between the two sides of the House of Representatives. The Coalition dismisses policies that promote intergenerational mobility and social inclusion as some sort of class warfare, while Labor understands that, on the contrary, such policies promote the antithesis of class conflict.

Setting the foundations for economic mobility is about empowering people with the tools of their own success. It’s not just about redistribution of wealth; it is about finding ways to redistribute opportunity. This means giving people the tools to be more successful and self-sustaining participants in the market economy. It means promoting digital inclusion and a dramatic re-ordering of our budget priorities to create deeper, broader, more sophisticated pools of human capital and technological advancement.

I believe social mobility and economic growth are complementary, not at odds, and that the right type of economy, fuelled by genuine intergenerational mobility, is the most important thing we can achieve in my time as an MP. That means modernising the “fair go” for the Asian century, supercharging the dynamism and creativity essential for a new generation of growth.

There aren’t many advantages of starting a parliamentary career with the Labor Party in opposition. The one benefit is the opportunity that we now have to refine and develop our vision for the nation, so that when we are next elected, we can get to work confronting big policy challenges, like promoting economic mobility in Australia and creating deeper, wider pools of success for the future.