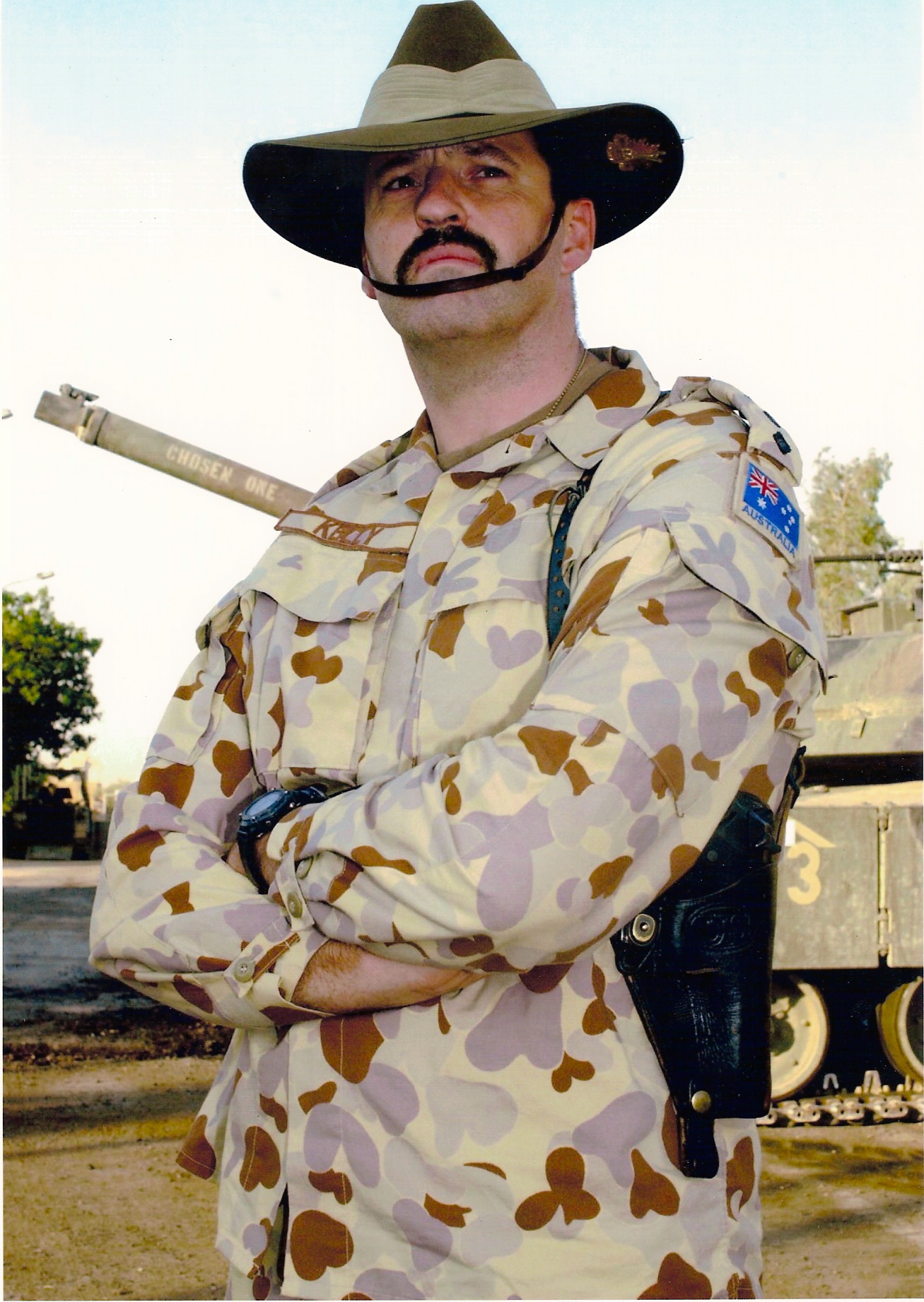 "The Coalition are fond of portraying themselves as the party of national security. At times this has descended into the worst kind of jingoism that has often masked a substance that reveals a very different story."

It was Labor that mobilised the national effort for our first major commitment in World War I. This was no small undertaking as it required marshalling all our industrial and natural resources for the effort as well as managing the deployment and support of thousands of troops beyond the experience of the colonies or nation.

In the crucial years leading up to World War II the conservative government of the time bent over backwards to encourage the Imperial Parliament in the United Kingdom to appease Adolf Hitler. Robert Menzies, Roger Casey and Joseph Lyons continued to urge this even after the war commenced, believing that Germany should be offered hegemony over Eastern Europe in exchange for peace.

Menzies visited Nazi Germany shortly before the “Kristallnacht” attacks on the Jewish community, in August 1938. This was well after the vilest aspects of the Nazi regime were underway in terms of political repression, race laws, concentration camps and expansionism. Afterwards he described Hitler as a patriot and admired Nazi measures such as suppression of trade unions and outlawing the right to strike. In a speech in July 1939, only two months before the outbreak of war Menzies claimed, “History will label Hitler as one of the really great men of the century… As far as the German people are concerned, Hitler has proved himself a great man and a tireless worker. He dragged his nation from bankruptcy and revolution, and I think he has too much intelligence lightly to cast them back into another war. Let us judge Hitler soberly and fair."  Menzies would also work to ensure supplies of scrap iron would continue to feed the Japanese war machine in 1938 in the face of widespread community including union activity to prevent this. For his pains he would forever be labelled “Pig Iron Bob”.

In the lead up to the Second World War Australia’s defences and armed forces had been allowed to run down significantly in the lowest level of national spending in our history. The Curtin government took control of the situation in 1941 and mobilised the national effort in the face of the greatest threat to our national existence in our history. Curtin brought the troops home to defend Australia and generated a war industry that gave us an enormous national capacity, including vessels, aircraft and even the completely home grown Sentinel Tank.

Post World War II Labor has often found itself in the position of cleaning up after aimless or wrong-headed Coalition military commitments. In 1972 the Whitlam government terminated our involvement in the Vietnam War after the Coalition had effectively engineered our invitation to the war and then abrogated any responsibility for thinking through a clear strategy for its execution.

During the Hawke/Keating government military commitments to the First Gulf War and Somalia had clear objectives and end dates. It was also a time when we resurrected the national capacity in defence industry that had been allowed to deteriorate during the Fraser years. In particular in ship building we committed to producing the first Australian built submarines which positioned us well to continue to grow this capacity for the next generations of this platform.

The Howard years were marked by some serious missteps in security policy and procurement. It began with the Commercial Support Program policy which sought to outsource much in the way of resident ADF capability. A lot of babies were thrown out with the bath water and the end result was that when we were called upon to deploy a Brigade size force to East Timor in 1999 our ability to provide deployable offshore logistic support was severely challenged. It was during this deployment that then Defence Minister John Moore critically risked our situation with Indonesia by making invalid claims about the some right of “hot pursuit” into West Timor and had to be kept away from the media thereafter.

There were a number of disastrous procurement decisions including the Sea Sprite helicopters which we spent $1.4b on without getting an hour of flying time before the project was abandoned. There was also the building of landing craft at the cost of $40m that were not compatible with any vessel we had in service or any we were set to acquire.

Add to these disasters the acquisition of the MRH 90 and Tiger helicopters without having thought through a range of issues as to ability to network, serve within coalition logistic chains of meet basic ADF requirements. Finally huge legacy problems were created by not planning for the replacement of supply vessels and submarines and critically under investing in their maintenances and sustainment. In relation to the submarines for example, planning for the next generation should have begun the minute the last boat was launched in 2003. The lack of proper funding for maintenance meant huge problems were inherited by the incoming Labor government in 2007 and we had to throw $700m immediately at the problem in order to get satisfactory availability remediated.

Labor was forced to establish a “Projects of Concern” process which took on 21 Howard era problems and set about systematically resolving them so that by 2013 there were only six projects left on the list.

Then there was the disastrous Iraq War and Australian Wheat Board situation whereby the Coalition Government sent us to war based on the lie of eliminating weapons of mass destruction that did not exist at the same time that our government permitted the worst violations of the UN sanctions regime we were going to war to uphold. This was effectively pouring $300m into the war chest of the enemy we were sending our soldiers to fight. This amounted to the worst public policy failure in Australian history, resulting in the waste of billions of dollars and at the cost of over one hundred thousand lives. The effects of that policy disaster are still being felt and we are still paying the price for it. 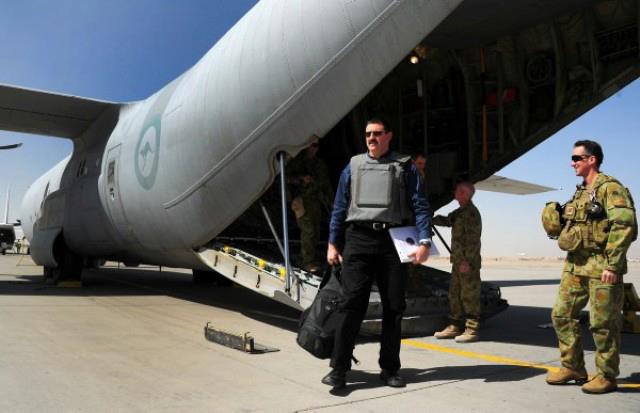 We can all be proud of Labor’s record on national security in government. We terminated the involvement in Iraq and recalibrated our strategy in Afghanistan to an achievable mission, enabling us to draw down from our combat role.

Following the 2009 Defence White Paper, Labor granted 141 approvals with a total value of around $21.1b to improve the capability of the Australian Defence Force through a comprehensive equipment modernisation program. This included acquisition of the Growler aircraft, the critical decision on Super Hornet purchases to insure against delays in the JSF program and extra C17 aircraft. It also included investing in the domestic development of the Hawkei Protected Mobility Vehicles which has proven a great success offering an export opportunity of this world leading capability.

We also moved forwards on the necessary steps for getting our future submarine underway with $266m worth of contracts and activities, due diligence studies on overseas options and life of type extension analysis of the Collins. We also made the critical decisions on the establishment of a land based propulsion testing facility and the selection of the AN/BYG-1 combat system. Key decisions were also made on the local construction of the replacement supply vessels that would have bridged the so-called “Valley of Death” and the publication of our Future Submarine Industry Skills Plan in March 2013 that would have set the country on track for an enduring national ship building industry.

We also instituted a thorough review of the safety of our personnel in Afghanistan, the Enhanced Force Protection Review, which produced 48 recommendations. We acted on those recommendations without hesitation, investing over $1.1b in urgent measures such as the deployment of the counter rocket and mortar system and enhanced counter improvised explosive device capabilities.

We made the single most important enhancement to operational safety and effectiveness through the rapid acquisition and deployment in 2009, through Project Nankeen, of the Heron unmanned aerial vehicles. These made a huge difference to our ability to detect and defeat ambushes and improvised explosive device activity, gathering vital intelligence and coordinating combat action.

Through the establishment of Diggerworks we enabled the rapid turnaround of vital improvements or acquisitions that were highlighted as necessary from field operations experience. These included highly beneficial enhancements to the Bushmaster vehicle to reduce the threat of serious injury and to the personal equipment of our soldiers.

We invested millions in establishing combat medical advanced skills training and the mental health buddy system. We made a huge effort in health and rehabilitation and established the soldier recovery centres at key locations. This also included initiating the Simpson assistance program, the intensive rehabilitation teams and $92 million for mental health initiatives.

We were unstinting in purchasing the Drehtainer hardened accommodation for 1350 of our personnel in Afghanistan to better protect them from rocket and mortar attacks and spent millions of dollars on accommodation back in Australia to enhance the living-in experience of our service men and women.

I have also heard reference to the so-called “cuts” Labor made to defence. The Coalition has made many inflated cost claims, none of which bear any resemblance to the truth.

Before the election the Coalition first claimed we had cut $30 billion from defence, then it was $25 billion, now they are saying $16 billion. The truth is that we made $9 billion in savings through our six years in government, which enabled us to re-invest in the areas of greatest need.

We in fact took defence spending to a record level, getting closer than any government in many years to the 2 per cent of GDP figure (1.94 per cent). In our last budget this included $113 billion across the forward estimates and another $220 billion for the Defence Guidance Period of the six years following those first four.

Labor also took spending on veterans affairs to a record $12.5 billion that has not been matched by the Liberals. 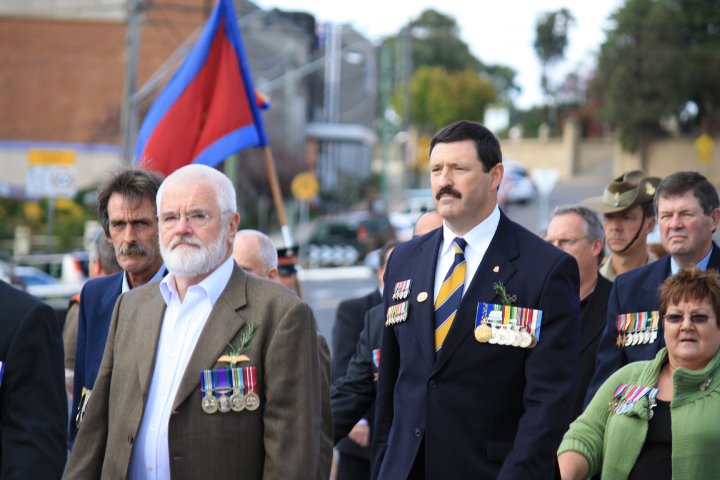 Since coming to government the Abbott/Turnbull Coalition have resumed normal transmission by creating chaos in acquisition process and demonstrating a lack of strategic analysis. They cancelled our decision on supply vessels and sent construction offshore, threw the submarine process into confusion and delay, attempting to steer this to a Japanese offshore construction option. The Abbott/ Turnbull Coalition separated the phases of the LAND 400 armoured vehicle replacement program and delayed it causing a critical capability gap on infantry fighting vehicles and crippling the ability of Australian industry to participate, and they have still not produced their White Paper which was supposed to be released in March 2015.

We have also seen a disturbing lack of strategic analysis of the situation in Iraq and Syria and neither Tony Abbott nor Malcom Turnbull have attempted to convey a coherent narrative to the Australian people as to the long term way forward. There are confusing signals being sent about the situation in Syria and the continuation of Assad in power. Most disturbingly, the close engagement by the government with Iran and promotion of Iranian objectives has demonstrated an extraordinary level of naivety that threatens to enable Iran’s continuing support of terrorism and their destabilising and hegemonic agenda in the region.

Perhaps most heinously of all, the Coalition government has mounted an unprecedented attack on veterans and our serving personnel. They did this through cuts to Defence pay, attempting to remove vital Paid Parental Leave conditions from Defence families, cutting veterans, war widows, war orphans and disabled veterans pensions and removing education assistance from war orphans.

Our Party should be proud of our handling of national security over the history of the Australian Federation and we should never allow the Coalition to assert unchallenged that they have a superior record.