Its Our Future. Let's Fight For It. 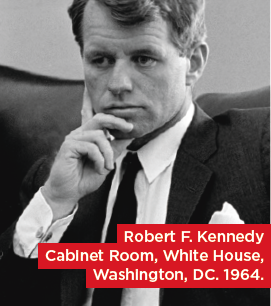 “The answer is to rely on youth — not a time of life but a state of mind, a temper of the will, a quality of imagination, a predominance of courage over timidity, of the appetite for adventure over the love of ease. It is a revolutionary world that we all live in; and thus, it is the young people who must take the lead”

In 1966, the then-Senator for New York, Robert Kennedy, addressed a group of anti-apartheid activists in South Africa and issued a challenge to young people all over the world. It was a challenge to rise above futility and to recognise the role young people can play in achieving justice and fairness.

Kennedy was speaking at a time when many young people were cynical about politics and sceptical of the establishment in general.

Some 47 years later, Kennedy’s challenge is still relevant – and it is a challenge that Young Labor will tackle head on in 2013.

Put simply, it is a challenge we cannot afford to ignore. When you observe Australia’s current level of public discourse, it is not hard to see why young people are cynical and increasingly being turned off politics. Indeed, many politically engaged young people are turning to groups such as GetUp! and the Eureka Movement. I have no doubt that the same young people who are signing GetUp!’s petition to support the Gonski Report would have been signing up to the Labor Party if they were at university 30 years ago.

As the youth wing of our movement, Young Labor has a special responsibility to help address this – a responsibility we are eager to embrace. In doing so, we can change the perceptions that many young people have about the Labor Party.

We have already seen record numbers of recruits to the Party during University Orientation Weeks. Indeed, at the University of New England in Armidale – hardly Labor heartland – the number of students who have joined the Labor Party has doubled in the past two years. Our next objective is to provide our new activists with the skills they need to reconnect with voters, especially young people. Young Labor is looking forward to embracing new ways of campaigning, but we cannot simply expect our activists to go doorknocking or phone canvassing for hours without proper training. That is why we will provide training opportunities to ensure we are equipped to fight for Labor on the front lines of the 2013 Federal election.

Young people join the Labor Party primarily because they have a strong passion for policy. But we need to recognise that too many politically-minded and progressive-leaning young people would rather sign a GetUp! petition than attend a Labor Party meeting. That is why the It’s our future. Let’s fight for it. campaign has a strong focus on policy debate. We need to encourage open debate about the controversial issues of the day.

Since 2011, Young Labor has held Youth Councils at which policies are debated, free from factional binding. We have discussed issues such as nuclear power, asylum seekers, same-sex marriage, drug decriminalisation, the Responsibility to Protect doctrine and education funding. It empowers our members, giving them a real opportunity to shape Young Labor policy on the issues about which they are passionate. We look forward to holding Youth Councils this year on topics such as Julian Assange, euthanasia and the direct election of Parliamentary leaders. We can also build on the success of our Youth Councils by taking our policies back to the community. Young Labor should do more than simply debate and vote on whether we support or oppose a particular motion. Every meeting of our local Young Labor branches, our Campus Chapters, the Women’s, High School and Queer Networks and every Youth Council and Conference all pass policy motions that can form the basis of campaigns we can run, whether at a local, campus or State-wide level as well as via social media.

Importantly, unlike groups such as GetUp!, we have a direct link to Federal and State MPs, including Ministers and Shadow Ministers, as well as local Councillors, who have the power to make our policies a reality. Young Labor held its own Western Sydney Regional Assembly in late-March. The purpose of the Assembly was to develop our vision for the future of the Western Sydney region. The members of our Western Sydney YLAs had the opportunity to pitch their ideas to a panel including Assistant Treasurer David Bradbury and UWS academic James Arvanitakis. We are already seeing informal and friendly discussions about whether there needs to be an airport in Western Sydney and how we can best address the region’s transport needs. The ideas from the Assembly will form the basis of Young Labor campaigns in Western Sydney with a view to helping the Labor Party reconnect with voters, especially younger voters, in this region. 20 voice youth Engaging with community groups is an essential feature of reconnecting and rebuilding. Young Labor campaigners at last year’s Local Government Elections reported that the Liberal Party had volunteers from the community’s major ethnic groups on election day in far greater numbers than we did. This is a concerning development, especially when you consider the Labor Party’s record on multiculturalism compared with the Liberal Party’s.

Young Labor has a key role to play when it comes to engaging with young people from different ethnic communities. Our Community Speak program provides us with an opportunity to meet with young people from different groups. The first event for 2013 was a dinner with young members from Sub-Continent communities. We look forward to hearing about the issues that matter to their communities and discussing what we can do to advocate on their behalf within the Labor Party. The It’s our future. Let’s fight for it. campaign also emphasises the importance of engagement with trade unions. As members of Young Labor, we do not simply see ourselves as the youth wing of the Labor Party – we are the youth wing of the labour movement. It is vital that members are given opportunities to learn about the history of our movement – both the successes and the struggles. Additionally, it is important that we support unions in their fight for workers’ rights. That’s why Young Labor is on the ground supporting union campaigns, including the ACTU’s push to enshrine penalty rates in legislation and the SDA’s fight to end youth wages for workers aged 18 years and older.

This follows the successful campaign led by our former President, Michael Buckland, that saw a motion against junior rates being supported by NSW Labor’s 2012 Annual Conference. Working alongside unions will provide us with important skills in organising – skills that we can put to good use in all aspects of our campaign to reconnect with young people. The final part of the It’s our future. Let’s fight for it. campaign is campus activism. Last year we launched Labor Students, the official network of Young Labor on campus.

In 2013, Labor Students will play a central role in our campaign effort leading up to the election. We will hold Days of Action at universities and TAFEs across the State where we will campaign for Labor, talking directly to young people about why they should support us at the polling booth. The skills and experiences developed from this will lay the foundation for long-term activism and growth on our campuses beyond the 2013 election. If we can get this right, we can help Labor reconnect with young people who are currently cynical about politics and the LaborParty.

Finally, we must remind ourselves that in his 1966 Day of Affirmation Address, Senator Kennedy also told his young audience: “You and your young compatriots everywhere have had thrust upon you a greater burden of responsibility than any generation that has ever lived”. While it would risk hyperbole to draw parallels with the “burden of responsibility” to which Kennedy was referring, we cannot ignore the fact that there is an important role for young people in the Labor Party in 2013 and beyond. The It’s out future. Let’s fight for it campaign will ensure Young Labor is ready to be at the forefront of the 2013 Federal Election volunteer effort. It can help play a role in trying to overcome the cynicism that young people have towards politics and more specifically, the Labor Party. More importantly, it will equip us with the skills and experiences to ensure that the mistakes of the past are never repeated by our generation of Labor Party activists.