Homes For The Future 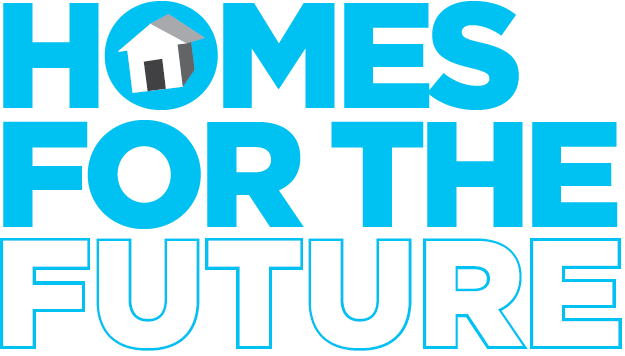 Labor has a proud record of building affordable housing, but bold action will be needed to meet the challenges of the future.

- By the Hon. Sophie Cotsis MLC

It seems intuitive that every person should have access to a decent home. Article 25 of the Universal Declaration of Human Rights enshrines housing as a basic right for all people. Housing is essential to a person’s welfare, dignity and quality of life.

Yet without practical action, a “right to housing” is merely a lofty abstraction. Where most of the other rights found in the UDHR require governments to refrain from acting in a way that infringes upon people’s civil liberties, the right to housing demands that governments take action and intervene on behalf of people in need.

Labor has a proud record of taking action to make people’s right to housing a reality. Our Party’s goal was put best by former NSW Labor Premier Bill McKell more than 70 years ago, when he said Labor would deliver:

“a good, cheap house, either for rent or purchase for people earning around the basic wage.”

Labor’s investments during this period contributed toward building a property portfolio that is now worth $32 billion, and which provides housing to more than 200,000 people.

Labor should be proud of our legacy of building affordable homes. Yet we cannot afford to rest on these past achievements.

The current Liberal and National Governments in Canberra and Macquarie Street have implemented radical policy changes that will make it harder for people to afford to rent or buy their own home, or to access crisis accommodation or social housing.

In NSW, the Liberals and Nationals have cut the budget to build new social housing in half. Cuts to the maintenance budget have severely impacted the quality of life of tenants, as well as eroding the value of an important asset owned by the taxpayers. Last year the NSW Auditor-General issued a report which found that instead of building new social housing properties to meet demand, the Liberals and Nationals are selling properties in order to cover the shortfall from their maintenance budget cuts. This is effectively cannibalising the state’s social housing portfolio, and has caused the waiting list for social housing to blow-out to more than 120,000 people.

The NSW Liberals and Nationals have also sought to claw-back additional payments that the former Federal Labor Government provided to pensioners; introduced a bed tax that can cost tenants up to $1000 a year; and they are evicting elderly and frail people from their homes in Millers Point and North Ryde as part of their mindless ideological drive to sell every state asset that is not nailed down.

Perhaps the worst policy of all has been the radical changes made by the NSW Liberals and Nationals to homelessness funding. Under the so-called Going Home Staying Home policy, more than 80 specialist homelessness services across our state have lost their funding.

More than 28,000 people in NSW are estimated to be homeless, but this heartless and short-sighted policy is forcing many specialised local services to close their doors. This retrograde policy will have a particularly adverse impact on women and children fleeing domestic violence, as there will be fewer women-only refuges that can provide dedicated and specialist support services.

In opposition, NSW Labor has worked hard to hold the Liberals and Nationals to account for the negative impacts of their policies. I have travelled across the state – from Bega to Bathurst and from Tamworth to Taree – listening to people affected by the senseless and draconian policies of this conservative government.

I have sat in people’s living rooms and seen the appalling state of properties where basic maintenance work is not being done. I have met with elderly people suffering respiratory illnesses whose complaints about mold and damp are ignored by the Liberals and Nationals. The feedback that the community has provided led Labor to work to establish a Legislative Council Select Committee, which has received more than 250 submissions from individuals and organisations concerned about housing issues in NSW.

NSW Labor will need to take bold action to address the problems that current conservative governments are creating.

One challenge that I am particularly focused on is the need to provide greater housing security for older women. Women often have fewer savings and assets relative to men, and if a woman in her 50s or early 60s finds herself single, unemployed, widowed or unable to secure stable work, she can quickly experience significant housing stress. This can force women to leave communities they have lived in for many years, away from their families and existing support networks. We need to make sure that support exists for these women so that they do not fall through the cracks.

NSW Labor must also continue to look for innovative new models to deliver affordable housing, social housing and support services for people in need. I believe that we must redouble our efforts to provide people with tailored solutions. For example, a young person at risk of homelessness has very different needs to an older couple living on the pension – they should not be treated the same. Labor must undo the cuts made by the Liberals and Nationals to outreach services that provide support and opportunities to people in need.

Labor must also embrace opportunities to form effective partnerships with community organisations and the private sector to deliver new communities which provide a mix of housing options, and which are close to services and employment opportunities. A key priority must be ensuring that people who perform essential jobs – such as emergency service workers, nurses and teachers – can afford to live in the communities where they work. Another priority must be aligning the supply of social housing with changing demand. This means building more homes suitable for older people, given Australia’s ageing population.

The Liberals and Nationals see the provision of affordable housing as a burden, rather than an investment to ensure our society provides a fair go for everyone. The Liberals and Nationals have not even appointed a Minister for Housing – making them the first government in decades without a Minister responsible for this important portfolio. This is an error, which Labor will reverse. Housing policy requires leadership, and it requires partnerships across a range of state government agencies, as well as between state, local and federal governments.

Labor’s record of bold initiatives to deliver quality, affordable housing stands among our Party’s great achievements. Only Labor can build on these achievements, because only Labor really believes that everyone deserves a decent home.