For Country Labor, the time is now 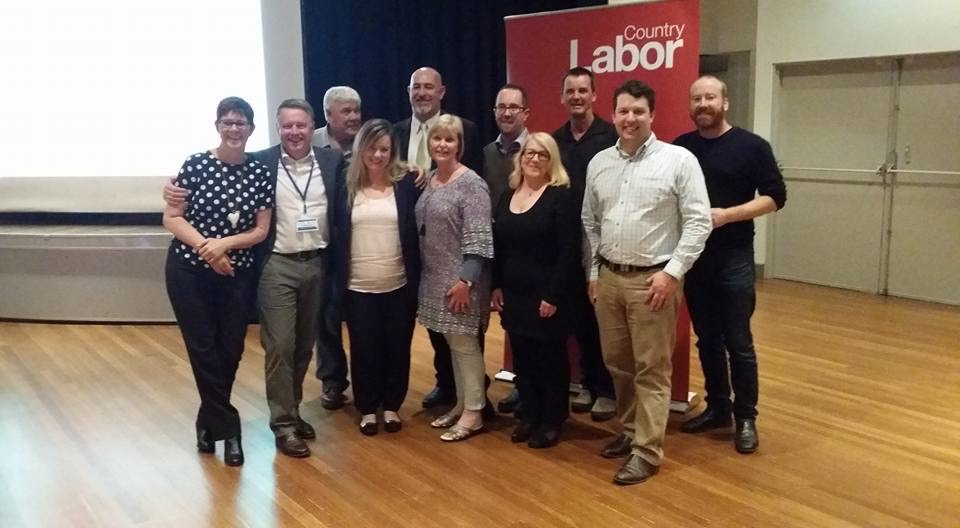 "We cannot win country seats, without a strong policy agenda and an election platform that puts the needs of regional people first."

At the last State Election, Country Labor achieved something incredible. While we had swings towards the Labor Party in our heartland seats like Londonderry and Campbelltown in Sydney’s West – to the huge credit of the candidates and their teams – some of the biggest swings toward the Labor Party occurred in rural and regional New South Wales.

Hunter seats like Maitland and Port Stephens were won with recorded swings of nearly 20%, returning safe Liberal seats to Labor in one go. We came within just over 2% of winning Upper Hunter for the first time, and our safest seat in the state parliament is now the Country Labor electorate of Cessnock. The results in seats like Myall Lakes and Goulburn demonstrate that strong local campaigns can bring massive results at the ballot box.

The measure of Country Labor’s success at the 2015 state election can be seen in the pendulum facing Labor as we head towards the 2019 election. There are now 14 seats required to win back government in NSW, and eight of these most marginal seats are in regional NSW.

Regional areas that have been National strongholds for decades are thinking about supporting the Labor Party again. This means Country Labor has never been better positioned, and more important to winning government.

On the Federal level, it is the same story. Labor can’t win government back without winning seats outside metropolitan Sydney. Along with traditional regional bellwethers like Dobell and Robertson, Country Labor seats like Paterson, Gilmore, Eden-Monaro and Page are going to be some of the most important campaigns Labor will run in this year’s election.

The time has come that elections are not just won or lost in Western Sydney. This is the time for Country Labor to stand up and make our voices heard because it is in rural and regional NSW that we will be winning seats in the next federal and state elections.

This can only be achieved by putting campaign resources into regional areas that we never have before. This year Labor will be embarking on an ambitious Voter ID campaign that will target the entire state for the very first time. Labor supporters, no matter where they live in the state, will be identified and offered the chance to join their local campaign.

But there are more important things we must decide on as a Party than where we put our resources in at the Federal election. The only way we can achieve the results in rural and regional NSW that we need for Labor to win government on a state or federal level is by putting regional policy at the centre of how we think about politics.

We cannot win country seats, without a strong policy agenda and an election platform that puts the needs of regional people first. The National Country Labor Forum organised by Joel Fitzgibbon and the Federal Country Labor Caucus was an excellent initiative in developing and promoting policies on rural health, education, and regional development that meets the needs of regional Australia. Country Labor branches have been writing, debating, and passing policy proposals for decades. It’s now time to put these ideas on the main stage.

Issues that affect regional Australia need to be at the forefront of our election platform. Youth unemployment is bad everywhere, but it’s at its worst outside Sydney. The Central Coast, the Hunter Valley, and the Shoalhaven are all areas with youth unemployment rates significantly higher than the state average, and they are all areas we need to win votes. The ‘Brain Drain’ of skilled young people leaving country towns for city areas is a policy dilemma we can raise at a federal level, and the problem of access to quality healthcare in rural areas is another issue that not only poses a massive problem for regional Australians – it’s an issue that changes votes.

And it’s these bread-and-butter Labor issues –jobs, health and education – that will win us the seats in rural Australia we need to form a Federal Labor Government in 2016.

I’m excited to be part of Country Labor at this time in its history, and to be working with the fantastic Country Labor branches in bringing about policy change for the betterment of our communities. I’m looking forward to the opportunity to bring these ideas to bear against the Liberals and Nationals at this year’s Federal election.