Sally Sitou was elected as the Labor Member for Reid at the 2022 Federal Election. The below is an excerpt from her first speech.

"There is a beautiful serendipity about today—that I am now standing in this chamber as a member of parliament on the 40th anniversary of my parents' Australian citizenship." 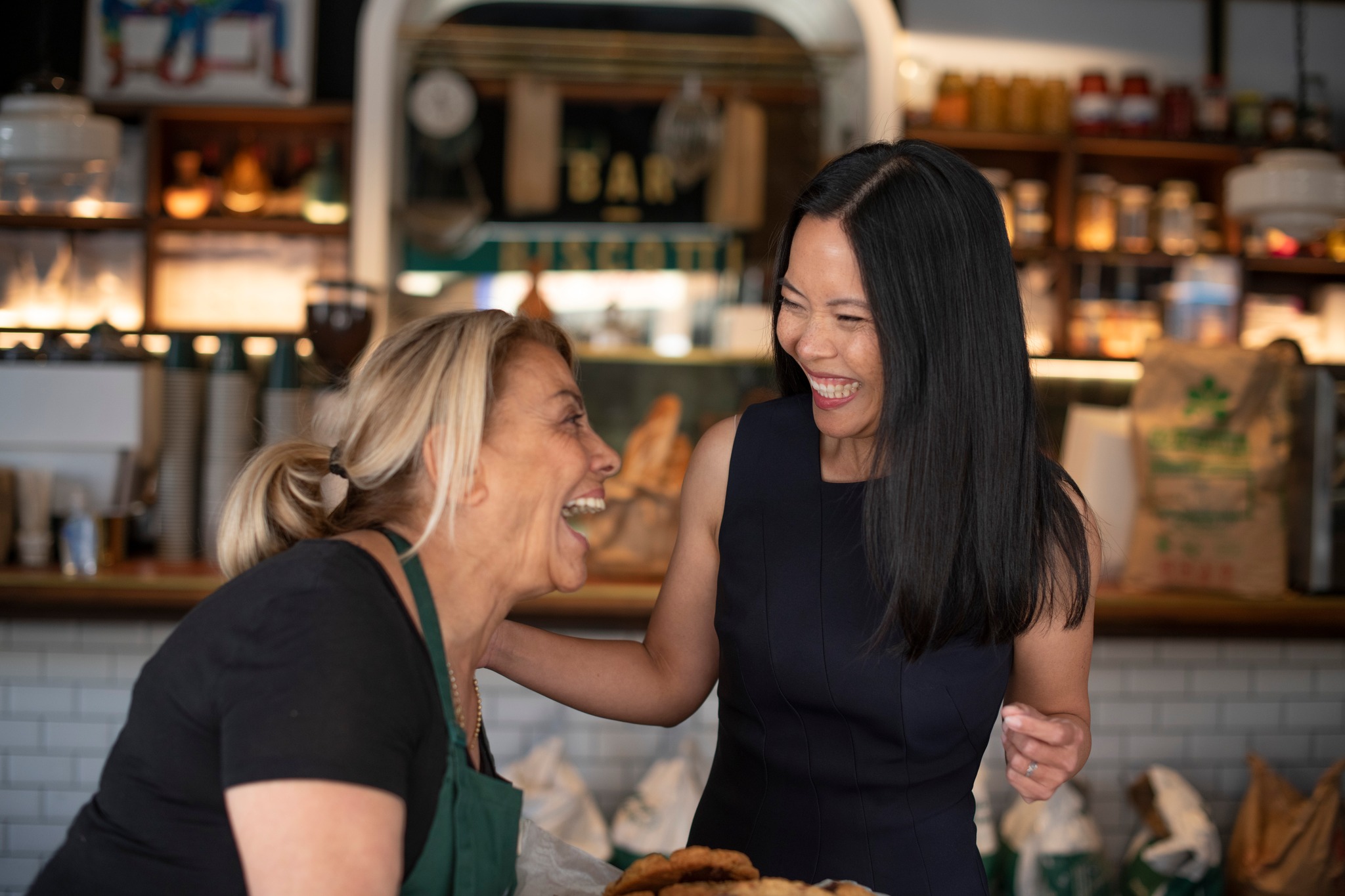 This month is a special month for my family. My parents are celebrating 40 years of being Australian citizens.

There is a beautiful serendipity about today—that I am now standing in this chamber as a member of parliament on the 40th anniversary of my parents' Australian citizenship. This moment here is surreal, in the best way possible—that one could dare to dream this big. For this was an improbable candidacy. Being elected into our federal parliament is a big deal, but it's an even bigger deal for my parents.

They fled their homeland, fearful of what might happen to them because of who they were and the values they held. Even after arriving here they continued to carry that fear, not wanting to talk about politics, not wanting to share their views. And here they are, in the public gallery, watching their daughter speak in our federal parliament.

So you can imagine what this means for them: how much they've come to embrace the best of this country—our freedoms to speak out, to hold a faith and to build the life we want, and our responsibilities to those around us so that we may all prosper together. I marvel at how much has changed for my family in just one generation. That is the power of the Australian story, because stories like mine are possible only in countries like Australia. I am the daughter of migrants, a proud Chinese-Lao Australian. I grew up in Cabramatta in south-west Sydney. I'm the product of good public education. And now I'm the federal member for Reid.

In 1977, then Prime Minister Malcolm Fraser developed Australia's first comprehensive refugee policy. He may have been in a different political party to me, but on this I believe he was on the right side of history. He welcomed refugees fleeing Indochina following the Vietnam War, and one year later, in 1978, he welcomed my parents. My family is of Chinese heritage, but my parents were born and raised in Laos. They fled their homeland and were incredibly lucky Australia gave them refuge.

When my parents came here, they had limited formal education and spoke very little English. They worked hard in factories, where they were able to find secure work with good conditions. They gave my brother and me the work and education opportunities they never had, and my family was able to thrive here. I went on to have the most incredible career, working in international development in the Asia-Pacific and then in international education.

As I reflect on my family's story—a story shared by so many Australians—I also need to reflect on the journey we as a country have travelled to get to this point, because it wasn't an easy journey. Charting through the decisions that have shaped our country, it's important to remember that for much of our history the path on which we walked was not towards multiculturalism but towards a White Australia policy. It was a path that said there was no place in this country for people like me. It was a path that denied our First Nations people their identity, land and kin. Those decisions were made based on fear and a failure of imagination.

But we were able to fulfil the potential and promise of Australia when leaders in this place were driven not by fear but by hope and compassion. They looked around and saw what was and imagined what could be. They imagined a country not weakened by diversity but strengthened by it.

In more recent history, when it looked like fear might again overtake imagination, Prime Minister Bob Hawke said in this place.

One of the great and rare distinctions of Australian political leadership in the last generation has been its bipartisan rejection of race as a factor in immigration policy. This has been a triumph of compassion over prejudice, of reason over fear, and of statesmanship over politics.

It was an appeal to turn to the better angels of our nature, and turn we did. In just over half a century, we have moved from an embrace of a White Australia policy to a country that is now a majority-migrant nation. But what is more remarkable is how this news was received—not with backlash but with a genuine embrace of modern Australia. And there is no better display of that than in our federal parliament.

As I look around the House today, it feels like finally it is starting to live up to its name—a House made up of people who truly reflect and represent the communities in which they live. I believe it was important I put my hand up to stand for Reid, a thriving multicultural and multifaith community, because, as audacious as this dream was—to run for our federal parliament—it has never been more important for someone like me to dream it.

I grew up watching Home and Away and Neighbours, but I also grew up with a slight unease, not sure of who I was, not sure if I'd gone to the right schools and acutely aware of the postcode I grew up in—not sure of my place in this country. That's why I think it's important to have someone like me in our federal parliament, not for diversity's sake but because representatives that embody all of the Australian story make our parliament better and our democracy stronger.

I speak about my family's story because it is core to who I am. It's what shaped me and the values I want to bring to our parliament. It also connects me to my community. The men on the factory floor in Silverwater remind me of my dad, who worked in an automotive factory for 35 years. Religious leaders who fled their homelands because of persecution—their stories remind me of my own family fleeing their homeland. Parents talk to me about wanting to give their kids good-quality education. It's the same desire I have for my son and the same desire my parents had for me.

When I encounter racism and prejudice, I know firsthand how it corrodes our community and holds Australia back from being the best country we can be. And this is a message I'm going to share with all young Australians: you are not defined by your postcode, the school you went to or where your parents came from; in this country, you are defined by the content of your character and what you want to do for others, where the potential and promise of this nation is only limited by our imagination.

Good governments change lives. I know because they changed mine. Former Prime Minister Paul Keating said education provided the keys to the kingdom because it unlocks opportunities for all. But we have lost sight of that in our current education system. After a decade under the Liberals, we have failed to value our teachers, and have allowed our university and TAFE sectors to languish.

My parents were laser focused on ensuring my brother and I had a good education. They had to be, because their life in Australia was precarious—they did not have the comfort of being able to fail. The Chinese-Lao-Australian community were like my big extended family, because I always had a collection of aunts and uncles watching over me.

It's a resilient community, too.

We've had to be, because we've spent two generations searching for a place to call home, and now we've finally found it.