Excerpts from the Maiden Speech of Dan Repacholi

"I'm not your average person. I am certainly not the average person you would expect to be in Canberra, in this place. I'm not the guy who came through the usual path to politics." 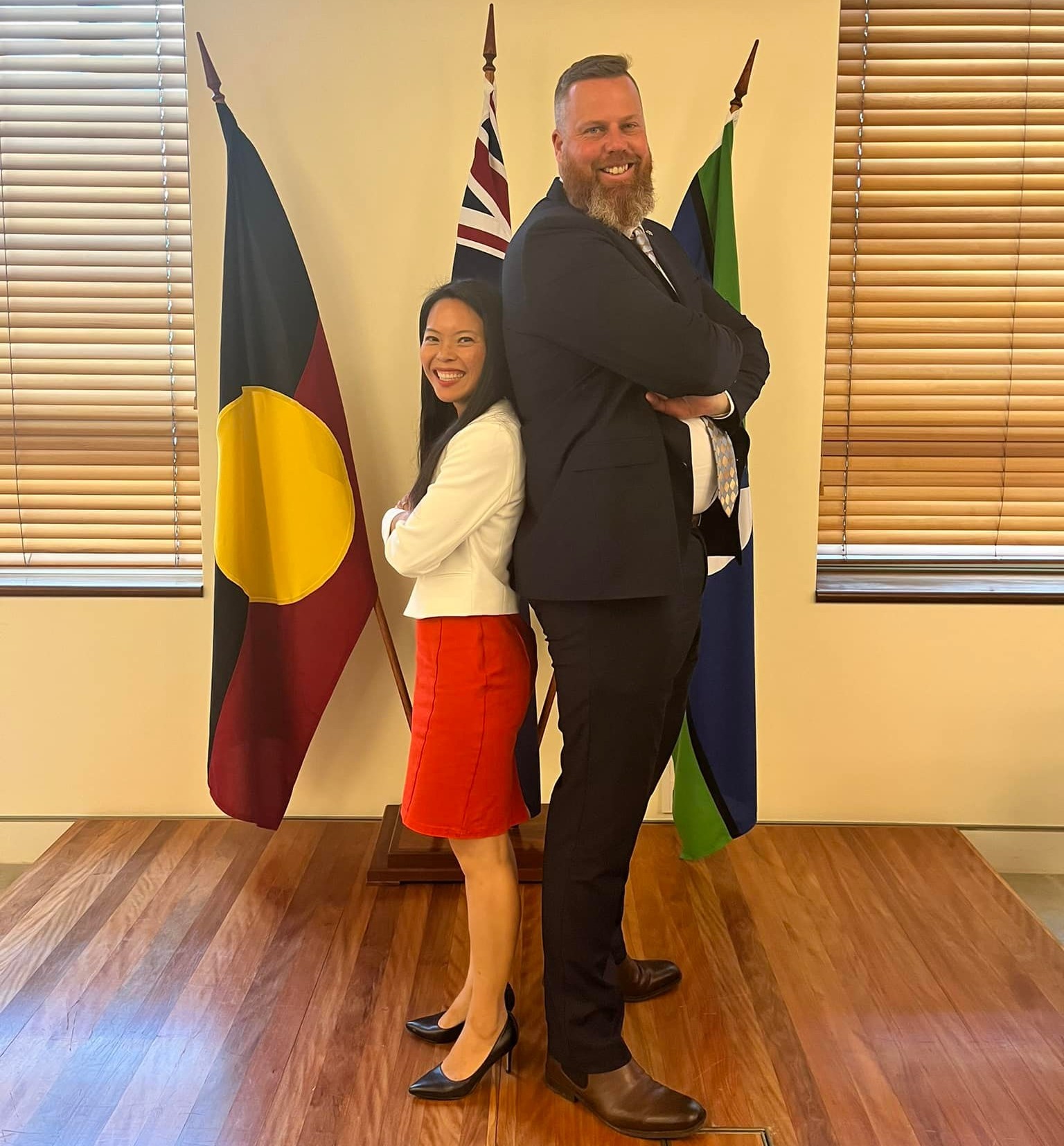 I'm not your average person. I am certainly not the average person you would expect to be in Canberra, in this place. I'm not the guy who came through the usual path to politics. I was born in Carlton, Victoria, and spent my early years growing up in Melton South. My mother was a nurse and my father was a quarantine officer.

I definitely feel that mum had the harder job.

I attended the Melton Pistol Club from as early as I can remember. Mum worked nights and weekends, so the old boy had no choice but to take me and my younger brother to the club.

I attended Melton South Primary School and Wilson Park Secondary College. Let's be honest: I wasn't the greatest student and I couldn't wait to leave. After leaving school at 15, I started my apprenticeship as a fitter and turner at D&H Rodwell Tooling. I spent 10 years working for Don and Heather, learning my trade with a small team of dedicated workers.

I played many sports growing up, with the main focus being on basketball and shooting. Unfortunately, I was better at the sport that wasn't very appealing financially! Representing Australia on the world stage is an incredible honour, and I feel very privileged to have represented Australia since 1998. I've competed in world championships, world cups, Oceania championships and national championships. I've won over 50 national titles. I've represented Australia at five Olympics and four Commonwealth Games. I have three Commonwealth Games gold medals and three bronze medals—or, as my girls and I call them, the brown ones.

I started work in the mining industry in 2009. I began working as a line borer, travelling around the state before landing a full-time position at Mount Thorley Warkworth. It was an opportunity to drive something I really could say was bigger than me! I spent seven years working at Mount Thorley Warkworth. I was a union delegate, a dispatch officer, a trainer and an operator. Being an operator is the best job in the pit. The biggest concern you have for a 12½-hour shift is what setting the aircon is on—one, two or three?

At the end of 2017, I was headhunted by Rusty Russell at Double R to manage a new engineering shop in Singleton. Our focus was working in the mining industry and trying to grow the business to around 15 people. Fast forward four years and we had grown the business to 70-plus employees working around the Hunter and beyond, specialising in tractors, ag equipment and parts sales as well as our core business in repairs and heavy engineering.

I've been lucky to travel the world doing the sport that I love, and that has given me some of the most amazing experiences of my life, but there is nothing better than coming home to the best country in the world—Australia—and especially my home in the Hunter Valley, the gateway to paradise.

The Hunter has been a powerhouse of the NSW energy and export market for well over a century, and we will continue to be for centuries to come. There is no doubt about that. At the moment, our traditional industries such as mining, energy, horse studs, farming and tourism are doing well.

My position and Labor's position is clear: coal will continue to play a role for many years to come in powering the world. Whilst ever there is an export market for coal, the Hunter and its workforce will continue to fill that market.

I am proud to be a former coal miner and I'm bloody proud of my electorate's mining history. And I'm proud to be mates with many people who work in the pits. We need jobs that are well paid and secure and aren't dominated by dodgy labour-hire arrangements. Put simply, whenever you work, if you're doing the same job as the person next to you, you should be paid the same—same job, same pay. It's simple.

The difference between us on this side and those that play dress-ups on the other side is we back mining and we back our miners, and we say the same thing in my electorate as we do in my friend Michelle Anandah-Rajah's electorate of Higgins. As I stand here, the export market for coal is as strong as it's ever been. For as long as that continues, and it will continue for years to come, I will make sure Hunter remain at the forefront of supplying coal to the world. My message to every Hunter mining family and the whole of the Hunter electorate in a changing world is this: I will always be up-front with you, and I will always have your back.

The Hunter is about to go through one of the biggest booms in decades, not just in our booming traditional industries but with the next phase of powering our nation—through hydrogen, biomethane, battery storage, wind and solar farms, and a range of innovative new projects. Now that the Labor government have committed to a 43 per cent reduction in emissions by 2030, we have just firmed up a solid stance that will invite business and private investment into the Hunter with certainty. And I plan to use my big voice to make sure the Hunter gets its fair share. It's an exciting time for the Hunter electorate.

I've always had strong Labor values and have seen what great hope the Labor Party gives to Australians when we are in government. I believe that everybody should be entitled to the same healthcare services, whether you earn $5 or whether you earn $5 million. Now after a decade of cuts to Medicare and health services, it's time for us to stand up for the everyday Australian again. This is what an Anthony Albanese led government gives to Australia—hope, after nearly a decade of cuts, neglect and aimless drift. We now have a government that cares not only for the everyday Australian, but for every Australian.

As I campaigned around the Hunter electorate, a common theme and discussion from blue-collar workers was that politicians are all dodgy, are on the take, are on the gravy train and are only in it for themselves. Despite repeated promises from those opposite us, we now have a government that will actually bring in a National Anti-Corruption Commission, an independent authority with some teeth, so once again the people of Australia can look at politicians with respect and pride, knowing that we are doing the very best for their communities and Australia.

For too long the original custodians of this land have been without a voice in our Parliament. But now, with a Labor Government, we are one step closer to changing this. I can't wait to be part of history when the Australian people own, support and enshrine the Uluru Statement from the Heart in full and give the oldest known civilisation in the world a voice to parliament. What a loud voice that will be. This is something that every Australian should be proud of.