Excerpts from the Maiden Speech of Andrew Charlton

"I believe that we have a job to do—to remake the Australian economy and set it up for another generation of prosperity. I believe that the next wave of prosperity requires us to harness the new technologies that are transforming our homes and workplaces." 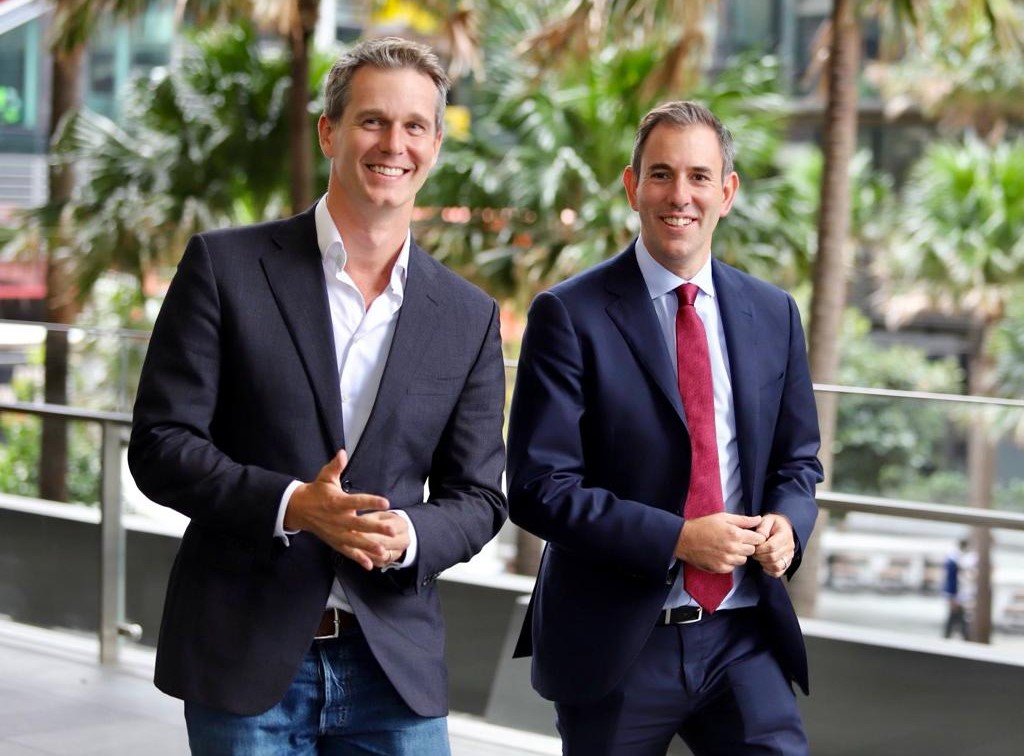 Parramatta is blossoming as the geographic heart of Greater Sydney, and the gateway to the new Western Sydney powerhouse of growth. Parramatta is the most dynamic and fastest-growing CBD in Australia, with a million square metres of prime office space already laid down and a million more to be built in the next five years. Nine university campuses have flocked to Parramatta to take advantage of the extraordinary pool of talent across Western Sydney, and dozens of companies have moved to Parramatta to be part of its stellar growth. My message to businesses across our state is simple: if you are not in Parramatta, you are missing out on the future of Sydney.

Parramatta is also a place of culture and heritage. Its foundations were laid 30,000 years ago by the Burramattagal clan of the Dharug people on land rich in meaning and resources, where the fresh water of the Darling Mills and Toongabbie creeks meets the salt water of the Parramatta River. After Sydney, Parramatta is the second oldest city in Australia. But, as any proud Parramatta resident will point out, much of what we commonly take to be the history of Sydney is in fact the history of Parramatta. Old Government House, James Ruse's Experiment Farm, John and Elizabeth Macarthur's merino sheep holding, the Female Factory, the Girls Home were all in Parramatta. Parramatta is the site of Australia's first permanent church building, the first brewery and the first licenced pub. Much of the rich history of Australia is in Parramatta waiting to be acknowledged, protected and celebrated.

The most remarkable feature of Parramatta is its people. The city has been built by successive waves of newcomers seeking a better life for themselves and their families. These communities are the true genius of Parramatta—a place that attracts people to come here for a better life for themselves and, in doing so, creates a better city for everyone. Parramatta is a great city, an aspirational city, and it's my intention to help its citizens make it a global city.

I've spent my life, as an economist and business owner, building stronger economies and stronger communities. And I'm standing in this chamber because I believe in the power of government to make a difference in people's lives.

I've been fortunate to work as an economist around the world and witness how politics shapes the success and the failure of nations, but after years working in different countries, I thought more and more about Australia—how remarkable our national story is; how lucky we are.

Australia isn't perfect, but our journey to become one of the most prosperous nations in the world, full of promise and opportunity, is an extraordinary achievement. Many countries have not been so successful. And Australia's success is not an accident. It's the product of good management, tough decisions and strong institutions.

And I'm proud of Labor's contribution to Australia's economic journey. Labor governments opened up Australia's economy in the eighties and nineties. We kept our country out of recession in the 2000s. And now the question we have to ask ourselves is: What is next for Australia? How do we keep the arc of Australian prosperity rising? How high can we aspire? The answer starts with acknowledging that, despite the remarkable success of the Australian project, there is much more to do and there are many people who've been left out of our national prosperity.

When my dad worked at that same Rheem factory as a young engineer in the 1970s and 80s, Parramatta's manufacturing industry produced good local jobs—jobs that could give families security and opportunity. I'm in parliament today because I'm committed to making sure that the people who work hard for Australia are rewarded and the people who need caring for are not left behind. Every day of my working life to date has been about this, whether it was fighting against unfair trade deals, supporting unions in their wage cases before the Industrial Relations Commission or advocating for small businesses during the global financial crisis and the pandemic.

I believe that we have a job to do—to remake the Australian economy and set it up for another generation of prosperity. I believe that the next wave of prosperity requires us to harness the new technologies that are transforming our homes and workplaces.

Many of us came of age in this era. Our grandparents had lived through the horror of the Second World War and our parents had lived through the anxiety of the Cold War, but as we reached adulthood in the late 1990s the world seemed relatively peaceful. Democracy was on the march. Global poverty was in retreat. I remember at university our political science professors ventured to predict that we were experiencing what Francis Fukuyama called 'the end of history' in which every country would adopt democracy and freedom.

Our generation came of age in this sunlit optimism of the new century, but now, a few decades later, we arrive in politics at a darker moment. In many nations liberal democracy is in retreat. Autocrats, tyrants and despots are on the march. Putin, Erdogan, Bolsonaro and Trump—it's as if the shadows of the 20th century are coming back to haunt us once more.

Australia's democracy doesn't harbour such autocrats, but it is evident that faith in our democracy is down and belief in the power of politics is falling. Maybe, like me, you've experienced this firsthand—knocking on a constituent's door expecting to engage in another lively conversation about policies and ideas only to find the blank look of dissolution from an uninvolved young person or, very occasionally, to be shouted down by an angry conspiracy theorist. It's our overriding responsibility to fight against disillusionment and to build faith in government.

I want to thank the Prime Minister and all of my colleagues for what they have already done to restore faith in our politics—by putting forward an integrity commission, by ending the pork barrelling, by leading through unity rather than division, and by proving that, yes, our democracy is strong enough to tackle our biggest challenges, like climate change. This is the leadership that will build faith in our politics. These actions are the antidote to disillusionment and the bulwark against encroaching autocracy.

Finally, as the class of ‘22, our job is to take this forward. As John F Kennedy said to our parents' generation: 'In the long history of the world, only a few generations have been granted the role of defending freedom in its hour of maximum danger.'

Our generation is one of them. We have to rise to the moment.