Excerpts from the Maiden Speech of Alison Byrnes 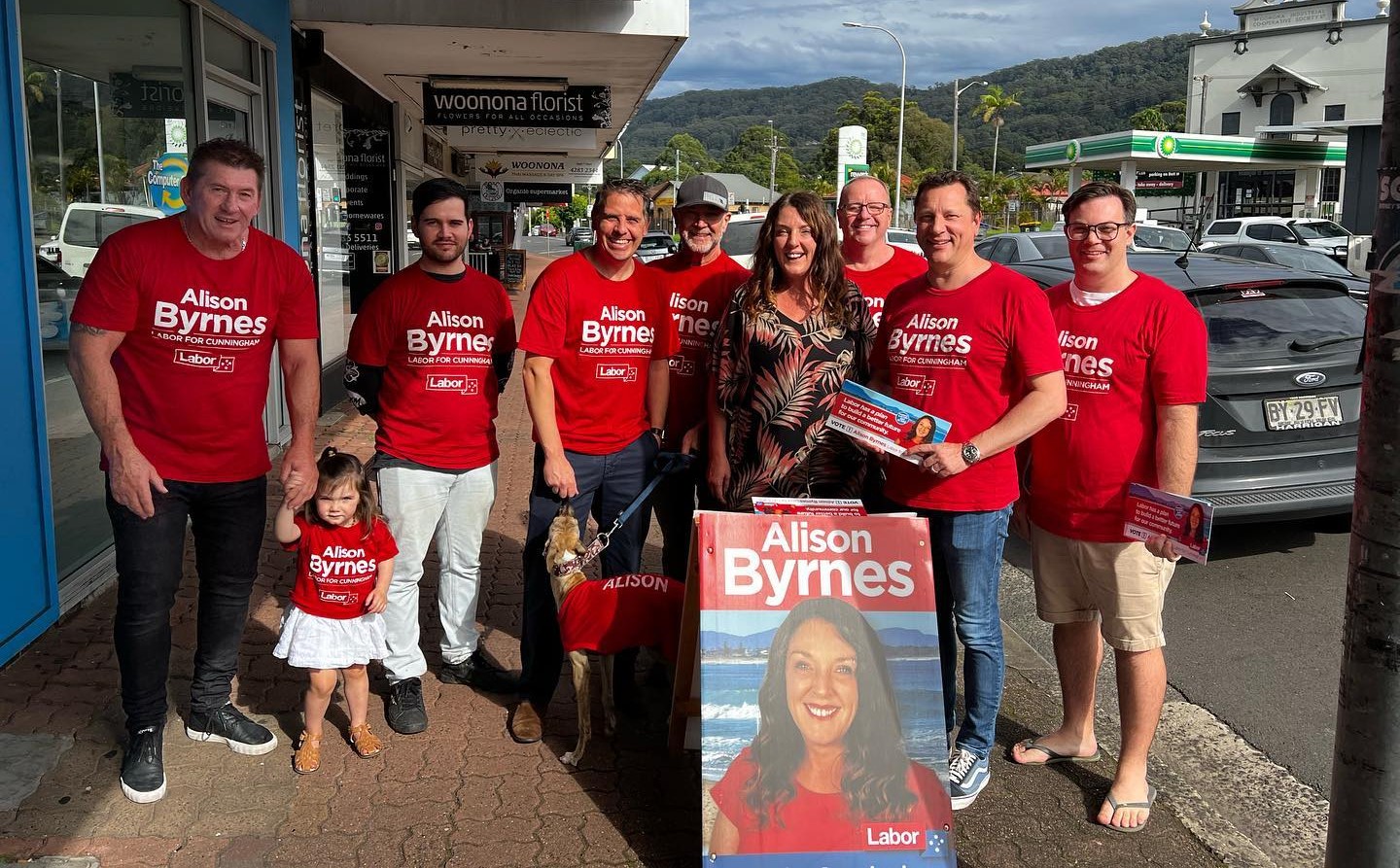 Today is a significant day for the Illawarra. It is the day that the late Fred Moore would have turned 100. Fred was a fierce local unionist, activist, teacher, mentor, feminist, miner, musician, boxer, husband, father, grandfather and honorary elder of the Jerrinja tribe. He cared about people, social justice and equality. A foundation member of the Illawarra Aboriginal Advancement League, Fred would be so proud that we are enacting the Uluru Statement from the Heart and moving quickly to create an Indigenous voice to parliament. One of Fred's five daughters, Sue, who is here with us today, said to me when I was preparing this speech, 'You have the right principles and sense of social justice; you can't go wrong with that.'

In paying tribute to Fred Moore, I gratefully acknowledge the work over many years of union members and leaders in the Illawarra. Their activism has led directly to changes in policy in response to industrial accidents like the 1887 Bulli mine disaster and the 1902 Mount Kembla mine disaster, battles like the Dalfram dispute in 1938 and the campaign by migrant women to work at the BHP steelworks in the 1980s known as the 'Women of Steel dispute'. These events shaped our community and our workplaces, contributing to the Illawarra's unique character.

My mum, Petronella—or Pem, as she is known to everyone—has a familiar story of the Illawarra. She migrated from Holland when she was in primary school, starting her life at the Scheyville Migrant Centre before moving to Bondi, where her parents operated a delicatessen, and then on to Coalcliff seven years later. I grew up in Woonona, a typical Australian suburb, and I went to Woonona Public School and Woonona High School. We grew up in a house that my late father, Ron, was converting from three old flats. Like painting the Harbour Bridge, it was an ongoing project. For much of my childhood we had no proper flooring and no plaster on the walls, and electricity switches hung out of the walls—Dad was a sparky. Dad worked in the mines and was in and out of work, a common experience as the Illawarra suffered the harsh economic winds that blew through coal and steelmaking in the 1980s. Mum and dad often struggled to keep our home, and mum would try to convince us that lambs fry was steak when stretching the family budget—not terribly well!

At times it was really tough, and it's an experience you don't forget. It is why, throughout my working life, I have stood up and helped workers and vulnerable people. Worrying about the future of your job, paying the mortgage and putting food on the table can become overwhelming. I will always work for more jobs and investment in the Illawarra. I want people to be secure in their work and able to take up opportunities as they arise.

My formative years were a mix of school, surf, sun, work at McDonald's and some standard teenage rebellion. In reflecting on my upbringing, I couldn't help thinking of Puberty Blues, by great Australian author Kathy Lette. It was a coming-of-age story, and I saw myself in it. I could never understand why as a young woman I was encouraged to do sewing and home economics, why when I came first in computer studies in years 9 and 10 the boys I beat were still lauded as computer geniuses. We girls could never understand why we had to wear scungies for school sport, effectively running around in a T-shirt and underwear. When confronted with leaking lights, we organised and forced teachers to teach us outside. We drew attention to the problem and worked together to get it fixed in what would now be described as student activism. At the time, we didn't have a label for it. We were simply looking for fairness.

The determination for a better deal and fairness are things I have pursued throughout my life. I am not willing to see people treated poorly just because they are vulnerable.

Our community is suffering from nearly 10 years of a government that gave up on us. It left us in a terrible state, with debt, inflation and stagnant wages, having failed people and ignored action on climate change. Addressing the gender pay gap and women's workforce participation were reduced to a talking point—if that.

To much relief, the election of the Albanese Labor government has ended that sad era. We pushed for a pay rise for low-paid workers. We'll put humanity back into aged and disability care and train Australians for the jobs of the future. And I'll make sure the Illawarra gets its fair share. I support action on climate change, structured to create jobs while reducing emissions.

The Illawarra has long been a place of steel, mining and heavy industry. Our deepwater port and world-class university provide enviable connections to the globe. We stand ready to be leaders in achieving net zero emissions by 2050. We stand ready to use our skills to produce high-quality steel in a more sustainable way. It will be used to build the renewable energy and transmission infrastructure we need to power homes and industries. The government's early actions to rebuild Australia's global reputation send clear signals to business and industry.

Wollongong community, business and union leaders understand the importance of workers and businesses having the skills for the modern economy. We have a skills crisis in renewable energy. Three in four solar companies struggle to recruit electricians. Experience in renewables is the main obstacle. Wollongong can play a major role in supplying that highly skilled workforce.

To support this aspiration and build workforce and small-business capacity, I have secured an Energy Futures Skills Centre for the University of Wollongong and a renewable energy training centre for Wollongong TAFE. They will cooperate to put the Illawarra front and centre of our cleaner economy and jobs future.

My commitment is to deliver for our region. I have secured a community battery for Warrawong, a community with low household incomes, allowing those who cannot afford to invest in their own solar panels to share in the benefit. I have fought for our area to become one of six potential offshore wind generation zones, which can help make Wollongong a jobs powerhouse, providing opportunities and further investment. Minister Chris Bowen and his team have set a cracking pace to get our grid to 82 per cent renewables by 2030. The Illawarra is innovative, tough and clever, and I am optimistic about what we will achieve. Combining renewable energy training centres and our manufacturing skills with offshore wind generation prepares our region to be a centre of energy and economic innovation—a place which attracts, trains and retains the brightest minds.

I have often been asked why I wanted to enter parliament. People thought, having worked here and seen some of the worst elements, I might be turned off. But it is for that very reason that I am here—because we can and should do better, much better. Australians don't expect us to agree all the time, but they do expect us to get on with the job of being decent people and achieving good outcomes. I do not shy away from my history as a staffer or from the things that made me the determined person I am today. Together we can provide better opportunities for workers and their families. We can do so in a way where economic and environmental sustainability are at the heart of our actions and in a way that makes sure people are not left behind. We can elevate our influence on the world stage.