Doubling Down on Barack Obama 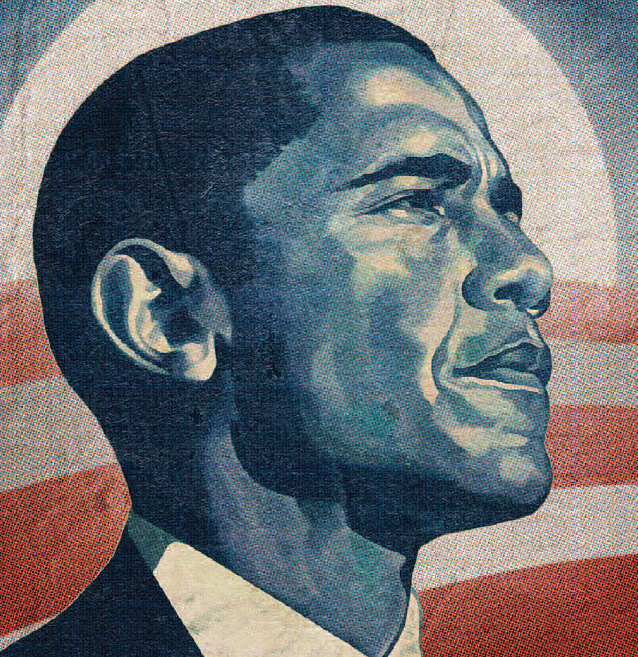 The last couple of years have been tough for President Barack Obama and the Democratic Party. In late 2010, they suffered a shellacking in the mid-term congressional elections. Republicans have been energised by their successes, while many Democrats have grown disillusioned with the Obama administration.

Even Shepard Fairey, who designed the iconic ‘Hope’ poster of Obama in 2008, said he was losing hope. Notwithstanding all this, I think that in November Barack Obama will be re-elected president. It is true that his poll numbers remain soft. His most recent job approval rating was 47 percent, which is on the low side for an incumbent president. The US economy remains dangerously weak.

Despite recent improvements, unemployment is still high at 8.2 percent. But here’s the good news for Obama. First, American presidents usually get re-elected, unless they face a serious primary challenge from within their own party. Obama has faced no challenge. Cleverly, he headed off any internal problems by appointing his 2008 rival, Hillary Clinton, as his Secretary of State. Clinton, a loyal soldier, is strongly supporting the president’s re-election.

Incumbency gives Obama significant ability to control events, rather than merely reacting to them. It means he can steam up the middle of the strait like an aircraft carrier, while the Republican fast boats dart about in the shallows, firing mainly at each other. It also gives him access to the best sound stages in the world: the White House, Air Force One and Marine One. Second, although Obama has his weaknesses, he still has the remarkable political skills that took him from the Illinois State House to the Oval Office in four years flat. As a senator, Obama saw off the Clinton family in the Democratic primaries and his impressive Republican opponent, Senator John McCain, in the general election. It is hard to believe that as president, with all the advantages of office, he cannot manage to get re-elected.

Obama has a base of African-Americans and liberals that is coming back to him. He also has a formidable fund-raising and campaigning organisation. Third, Obama has a good case for re-election, even if it is imperfect. He capitalised the banks, reformed the financial system, rescued the car manufacturers and got the stimulus package through Congress. His Health Care Act is an historic achievement that eluded other Democratic presidents. The president has a good record on foreign policy: certainly, he’s made no mistakes on the scale of his predecessor George W. Bush. He has drawn down the American presence in Iraq and Afghanistan, helped to remove the Libyan dictator Muammar Gaddafi, pivoted to Asia, and eliminated the continuing threat posed by Al Qaeda leader Osama bin Laden.

Vice-President Joe Biden is not known for being brief, but he has offered this succinct rationale for re-electing the administration: ‘Osama bin Laden is dead; General Motors is alive.’ Finally, the Republican Party is in a pickle, at least when it comes to presidential politics. The likely nominee, Mitt Romney, was always the strongest of the GOP candidates. However, the primary process has exposed his frailties. When it comes to politics, he is not a natural. He is disliked by much of the Republican base for his indeterminate policy positions. And he is a private equity plutocrat running at a time when American workers are worried about their jobs.

Romney struggled to beat a field that was hardly full of superstars. Rick Perry is unsuited to the rigours of a national campaign. Rick Santorum is a second-tier conservative who lost his bid for re-election to the Senate in 2006. Newt Gingrich is an eccentric figure who mucked things up for the Republican Party the last time he held national office. This is the fellow who closed down the US government because President Bill Clinton made him sit at the back of Air Force One, and who proposed the establishment of a human colony on the moon. Perhaps the best illustration of the weakness of the Republican field is that, for a brief moment, it was led by Herman Cain. There are still plenty of ways Obama could lose the White House in November. The economy could worsen or an unexpected foreign policy crisis could throw the country off its stride. In coming months, Romney will redirect his fire on Obama and reposition himself in the centre of US politics. His formal acceptance of the Republican nomination will force Americans to give him a proper look. For myself, though, I’m doubling down on Barack Obama.