Stephen Lawrence is the former Mayor of Dubbo, a barrister, and one of Centre Unity’s candidates for the NSW Legislative Council.

"My vision for politics is that it is about achieving real tangible improvements in the way people live. It is not about the politicians themselves, it’s about the community they serve." 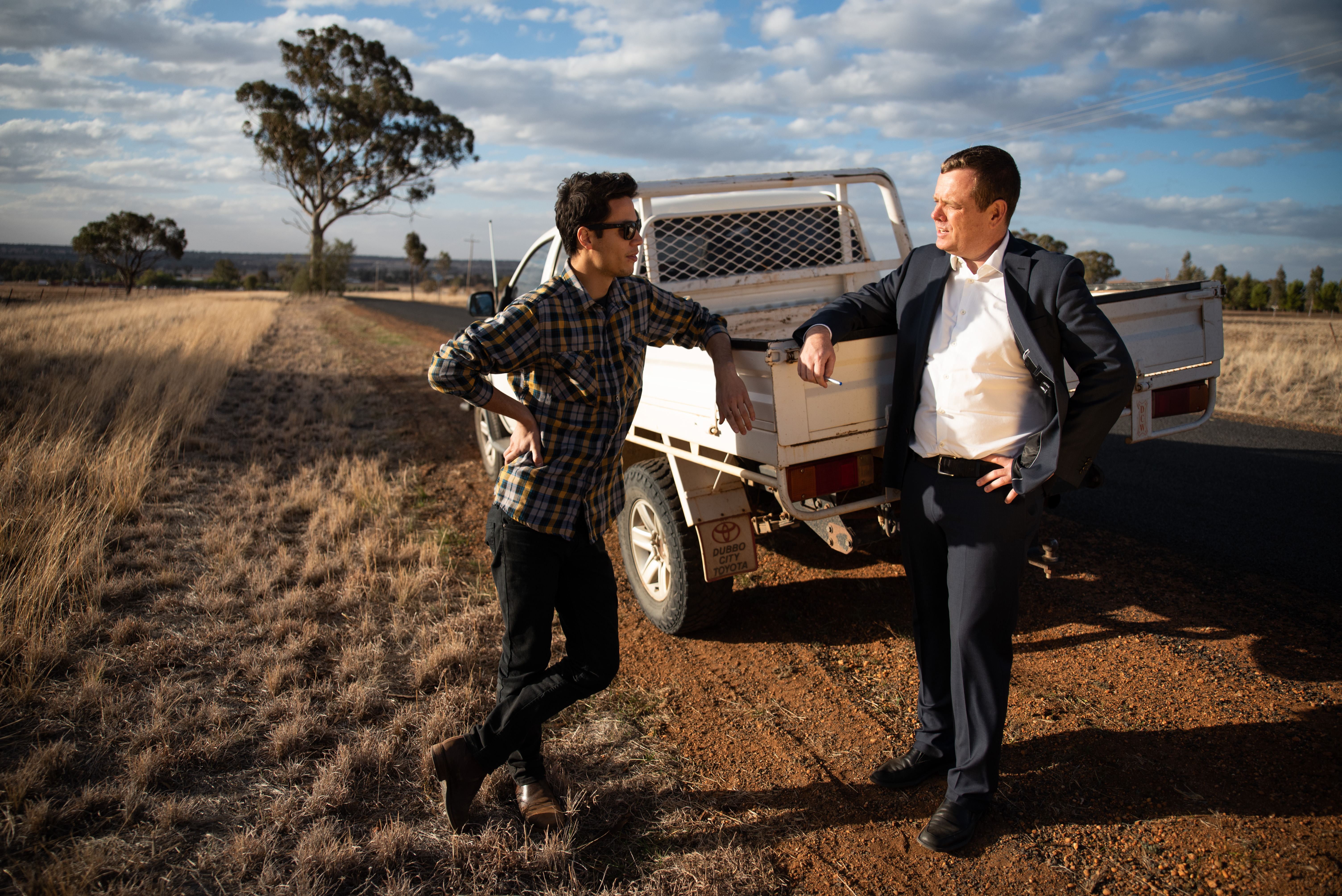 Why do I want to be in the Upper House as a Labor member? The answer to this question can be seen from my time in local government.

I am not interested in politics for a job or to exercise power for the sake of power. I retired from local government as a serving mayor, after one term as a councillor, because I had achieved what I wanted to achieve and it was time to concentrate on one full time job as a lawyer, as well as my family responsibilities.

My vision for politics is that it is about achieving real tangible improvements in the way people live. It is not about the politicians themselves, it’s about the community they serve.

In 2014, I put my hand up for preselection for the state seat of Dubbo. I had been part of a community campaign for a drug rehabilitation centre and a drug court for my region and saw the opportunity to further the issue through carrying the Labor banner at a state election.

With the support of a team of Party members and supporters, we secured a healthy swing and saw our vote bounce back from its 2011 low. We absolutely hammered the Nationals on their failure to deal with the out-of-control ice epidemic, Aboriginal over-representation in jails, and a range of other issues. This type of success is there for the taking in any part of the state, even in so called “Tiger country”.

In 2017, I stood for council as the first ever Labor endorsed candidate for Dubbo Council - pledging to achieve real tangible changes in the way our community deals with crime and social disadvantage as well as improvements in amenity and disability access.

In 2021, as Mayor, I was able to jointly announce the funding of a Drug Court for Dubbo. A rehabilitation centre had been earlier announced and a Youth Koori Court was to follow. Tens of millions of dollars to help the most vulnerable families in the most vulnerable communities. Helping to make our regional community safer, healthier and happier.

A lot of people and factors contributed to these commitments, but the NSW Labor involvement was the key. On issues sorely neglected state wide, we forced some modest action in Dubbo. Much more of course remains to be done – and only Labor can do it.

Like so many parts of unheld seats across the state, we have long had a strong Labor vote, and our supporters will vote Labor if we present a viable campaign. We should be represented on every council across the state in my view. The grassroots level of government needs our committed and passionate Labor voice.

I didn’t consider my campaigns as ‘doing the hard yards’. Yes they were hard, but it was a privilege to be a Labor candidate – and an opportunity and a platform to be used to serve the community.

Our regional communities desperately need a strong Labor Party. In our small way, the Orana Branch has demonstrated that in recent years. We have proudly used the power of our Party and our brand to make real change in our community.

The reforms to the Party Rules last year have ensured proper country representation on our Upper House ticket. The slump in our vote in country Australia that we have experienced in recent decades needs to end, and I believe is poised to. The sensible, progressive and activist values of Centre Unity will be key to making this a reality.

Outside of Council, I have worked as a lawyer since 2002 and have been a specialist family violence and sexual assault prosecutor, a public defender in Solomon Islands and an Australia Government justice advisor in Afghanistan. I have always sought to use my legal skills for the benefit of society.

I am driven to again seek elected office because I see a range of issues that need confronting on a state wide level.

I want to be part of a new Labor government that tackles poverty and social disadvantage and important issues like access to affordable housing.

I want to continue to lead on the way that the law is enforced and implemented.

I want the Justice Reinvestment initiatives that I campaigned on for the Dubbo region to be rolled out state wide.

The composition of our ticket shows clearly the importance of Centre Unity in ensuring our party appeals to a range of people from all across the state. We are walking the walk when it comes to representation and honouring the rule changes from last year designed to ensure country representation.

Our ticket also sends a positive message to young activists and others interested in serving our party in a parliamentary role. A message that there are many and diverse paths to such service.

Stephen Lawrence is the former Mayor of Dubbo, a barrister, and one of Centre Unity’s candidates for the NSW Legislative Council.