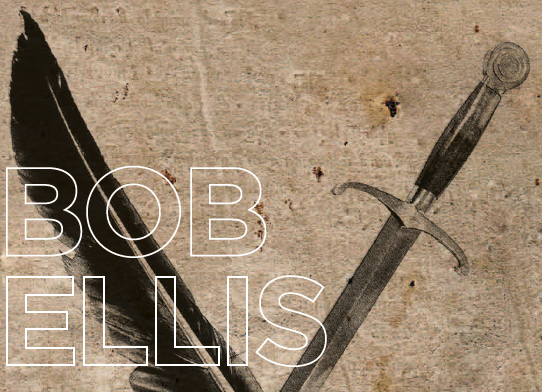 The atmosphere in the Legislative Council – red, crumbly yellow, brown leather chairs, the spacious jocularity of a London club – contrasts, as always, with the Lower House, whose vomit-green carpet, closefought combat and claustrophobic bare-knuckle vulgarity give off a reek of past disgust, unabated since an Honourable Member deposited a bucket of human faeces on the wig of the Speaker in 1899. “You will soon find a year in Opposition is a long, long time!” shouts Barry O’Farrell at the bunched, defiant, shrunken Labor Party.

There are 18 of them present, and 19 Nationals, in a parliament of 93. It will be a long, long haul till 2023, when I may be again speechwriting for a Labor Premier, at the age of 80 if I survive: perhaps, Adam Searle, whom I first knew as a baby in a caravan in 1971. I observe 30 minutes each of two Question Times, then trudge back down to the Film Festival whose chronicles of tribal slaughter lift, somehow, my darkened mood.

What is to become of Labor in New South Wales? Extinction? Diaspora? Forty wilderness years? Or rapid resurrection, as occurred under Carr in 1991, to hung parliament and possible coalition with Independents?

I phone Luke Foley and ask this. He worries that colleagues who think it all cyclical, and Labor’s return inevitable, are wrong. “Twenty-five percent of the vote is not cyclical,” he says. “And a weakened future fighting the Greens on our left and losing others, perhaps for good, on our right, will consume more energy than we can afford.” It wasn’t cyclical for the Democrats, he agrees. They vanished. Overnight. So extinction is possible; I take that on board.

Or, more likely, a resurgent Ice Age; what frostbitten feet; what slaughtered and eaten huskies, whilst we journey north to warm harbour, singing Jerusalem. Is that the plan, comrades? Is that the plan? It should not be as bad as this. A cancellation of the electricity privatisation, an attack on the Liberals’ tobacco patronage (O’Farrell Mild, the addiction no State can survive) would have saved five seats. Begging Della, Watkins, Meagher and Sartor to stay on, another few. And it’s a pity.

I absorb at the Festival Werner Herzog’s 3D images of cave paintings made 40,000 years ago (horses running; lions rearing; bears growling) and wonder how much the Wran, Unsworth, Greiner, Fahey, Carr, Iemma, Rees, Keneally and O’Farrell years will mean to my great-great-children in 2111; and I channel the answer: quite a bit. The refurbished Opera House will be there. The world-class Conservatorium. The Blanchett blessed Sydney Theatre. Darling Harbour, the Monorail, Opera in the Park, the Wharf. Film images, yet vivid, of the greatest Olympic Games in two and a half thousand years. Australia’s best two Writers’ Festivals, Sydney and Byron. The many, many good books funded by Premiers’ Awards. All of them Labor achievements, because the Liberals never build things, only sell them off or tear them down (the Southern Aurora, the Sydney ferries, 200 state schools) as Gordon Gecko advises: if it’s wreckable, you must wreck it, for this is a Liberal’s bounden duty, his sacred cause. They would privatise the Opera House if they could, turn it into Chinese millionaires’ condominiums and boardrooms. Of course they would. They opposed its building, sacked its architect, cancelled its lottery. They’re like that. They’re Liberals.

How, then, did Labor lose so badly, I wonder, and I buy a pie and latte downstairs in the State, in the wake of their bounteous Golden Age? In part because Carr and Egan, their eagle-eyed masterminds, went, and their flame-keepers Knowles and Refshauge, too precipitously and petulantly followed. And the rump that was left (and Left) began jumping at shadows, predictably, foolishly. Sackings, not sinbinnings, took out ministers (underwear dancing, touching a knee), and soon all human thought and deed was a headline scandal.

In a world where Australian soldiers can shoot children dead mistakenly and be judged to have “acted appropriately”, speaking sternly to a waiter, and making a cat-noise to a woman, became a sacking offence, and Labor went along with it, losing two fine Ministers, Della and Verity, in the wash, irretrievably. How dumb. How needless. How stupid. What a waste of talent.

Yet we are where we are, mate, as Bill Shorten likes to say, and this is the future; not the one we ordered; this is it. Labor in New South Wales lacked, in the end, the courage of its glories. It had so much to boast of, yet cringed back, elbows up over face, into quarrels over mere transport, muddy skirmishes they were bound to lose. I finish my pie and realise, with a shock, that I am more experienced than the lot of them. “It’s hard to know,” says Foley after a pause on my mobile, “if O’Farrell is a wrecker like Kennett, or a small-target gradualist like, well, the O’Farrell he impersonates. We won’t know till the September Budget. And we stay watchful till then.”

I drive home at midnight in thin rain, gloomy. Is, as Faulkner fears, the Labor adventure ending? It seems, through its time on earth, more leader dependent than it should be. Without Whitlam, Hawke, Wran, Carr, Goss, Gallop, Rann, Bacon, Martin, it might have vanished already, or dwindled to a fractious rump like the latter-day DLP. Can it come back? Of course it can. But it needs more luck now than it’s had. A great surge of luck. The windscreen wipers beat. I drive on, despondent, stirred and hopeful by turns.

The lights of home near.