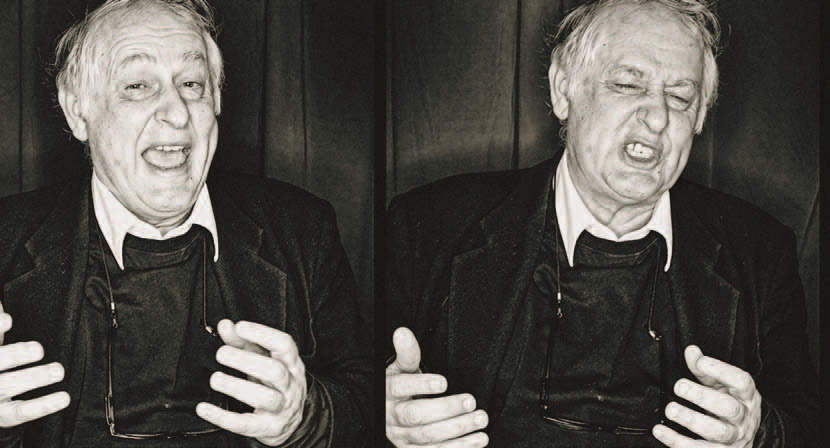 At 5pm on Saturday October 30, when airborne Qantas pilots were told to set down their craft and disgorge all their international passengers – some on the way to funerals, or family reunions, or once-in-a-lifetime cruises, or the Melbourne Cup – on the nearest big tarmac, and Tony Abbott said it was Julia Gillard’s fault, and refused to blame for even half a subclause Alan Joyce, the game was lost for the Liberals, perhaps for good and all, in even Queensland, reft now by Katter’s party, next year.

Because Australians knew then – in the not-so-defunct class war – what sort of man the Liberals were rooting for: someone who could cop a pay rise of a thousand dollars an hour on Friday, and on Saturday disrupt half a million lives, and four days later give baffled passengers ninety million dollars for their inconvenience, and still claim Qantas, though half a billion dollars in the black in a year of earthquakes, meltdowns, floods, tornadoes and tottering world economies, was somehow in big money trouble and should be shifted overseas.

Australians are not complete fools. They can see the hypocrisy of sacking the stewards, pilots, baggage handlers and aircraft mechanics who helped make Qantas for 30 years the world’s most esteemed airline and replacing them with cheaper, less-trained employees, while still swearing it was a proud Australian entity. They can see that half a billion dollars of profit in a bad year is no reason to sack anybody.

And the bike-riding, fish-gutting, witchetty-gulping Excellent Adventure of Iron Man Abbott The Road Movie is over. The polls will be 50-50, with Gillard preferred, by February and Turnbull once more Leader.

That it was a bad six months for Labor and a near-catastrophe for Julia goes without saying, worsened as always by the melancholy-moody hypochondria of backroomers convinced we faced 15 years of Abbott for sure, and changed voting laws, and endless oblivion. But they did not reckon – and neither, frankly, did I – on the remorseless slow-drip effect of the Abbott-is-negative chorus which over half a year seeped through, and began to show like a fecal stain when he and Hockey sneered at Wayne Swan’s ‘world’s best Treasurer’ award and continued to call him, when much of Europe went under again and we did not, an economic buffoon.

They actually did not need to do that. But their Tea-Party-leaning advisers told them “give your opponent no fragment of victory; deride and nay-say and question everything”, this is what they did. And when the Qantas lockout happened they blamed it on Gillard – why didn’t she pick up the phone and say,

“Oh Alan, please don’t”? – they lost, in a week, the newly resurgent class war, by taking the side of someone with a slingshot trying to shoot down our equivalent of Spitfire pilots, men who fly gamely through lightning storms and get one tenth of his wage. They took the side of the accountant, and sneered at the Aussie hero. And seemed such boofheads they may never be respected, or honoured, or elected again.

For somehow during the Qantas facedown the boat people issue went off the boil. Maybe it was the sight of so many other thwarted travellers yearning for the good place, Australia. Maybe it was the trailing bright shadow of Go Back To Where You Came From?, that entirely remarkable act of public education and humanist propaganda, that showed what a hard coming they have of it.

But, one way or another, the traction they were getting from cursing foreigners is not there in the zeitgeist any more. And the Liberals look cruel and unfeeling, much like Alan Joyce. Is disrupting scared parents’ and grandparents’ travel plans a good thing to do? Joyce’s lockout shows it was not.

Without boat people working for them, and with Europe going under and America struggling and Australia doing well, and other places – California, China, the UK – pledging carbon reduction policies more punishing than ours, and with Katter poaching their once-loyal protectionist peasantry from the Nationals, and with $80 billion of job cuts looming like a scabrous elephant in the lounge room uncalculated, always uncalculated, they will look more and more like nutcases, charging off on white horses in five directions at once, wondering at sunset where the road home is, or the purpose of the journey, as the evening comes down.

It took a while, but the “negative” campaign, so tedious in its repetitive unfolding, has proved Abbott to be a flake.

And we are winning again, as those with good policies sometimes do, not always, against those with no policies at all.

And what a nice feeling that is.

And so it goes.