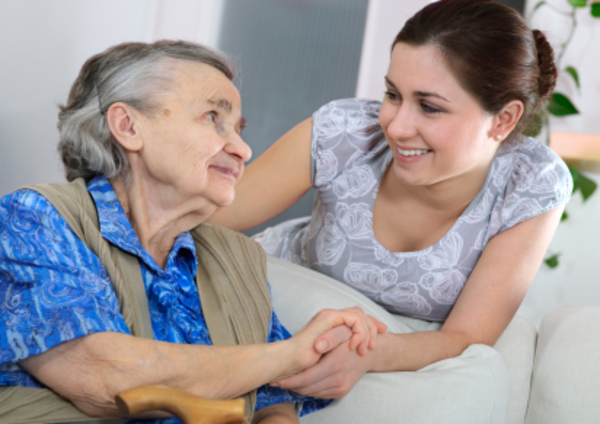 The Australian population is ageing. Current estimates suggest that, by 2050, Australia’s population will be approaching 36 million, with 22.5 percent over 65 years of age. The social and economic implications of this demographic change are profound. In a period when the general labour market will suffer an aged induced tightening, the aged care workforce will be required to at least double. Workforce growth of that scale calls into question the sustainability of the sector itself.

In its recent report Caring for Older Australians the Productivity Commission (2011) acknowledged that the labour supply issues facing the sector are further compounded by low-pay, which is causing ongoing problems in the recruitment and retention of workers. Consequently any attempts to address the labour supply issue, both in the short and longer term, need to address low wages as a fundamental deterrent to working in aged care.

LABOUR LAW IS NOT ENOUGH

The formal industrial regulation of residential aged care has traditionally been through state-based industrial relations systems – in the form of common-rule awards. While for much of its history the centralised system entrenched gender pay differentials, it also offered some protection for women in industries with little capacity to engage in bargaining – such as aged care. The move away from this towards a system based on bargaining power, either individual (as seen under the Workplace Relations Act (WRA) 1996) or collective (as in the Fair Work Act (FWA) 2009), has raised serious issues for women who predominate in low-paid, low-status, low-skilled and poorly unionised jobs. In theory the Low Paid Bargaining Stream of the FWA 2009 was designed to assist such workers by giving them access to a centralised system of bargaining with the involvement of multiple employers. This potential to address the barriers to decentralised bargaining prompted United Voice (formerly the Liquor Hospitality and Miscellaneous Workers’ Union) and the Australian Workers’ Union Queensland to make an application under the Low Paid Bargaining provisions of the FWA 2009 to vary the wages of non-nurse residential aged care staff by allowing for bargaining to take place at an industry level with the potential to involve the major funder of the sector – the Commonwealth Government.

The application by the unions sought to include all aged care providers, even those with an existing collective agreement, on the basis that workers under such agreements are still “low-paid”. While this proposition was accepted by Fair Work Australia, the final decision held that the low-paid bargaining authorisation is applicable only to award-reliant employees. Such ring-fencing based on award-reliance limits the potential of this mechanism to provide a sector-wide solution to low-pay. Furthermore, while the unions sought the inclusion of the Commonwealth Government in the low-paid bargaining process, the decision does not compel the Government to reach a new funding agreement. The outcome of the low-paid bargaining case suggests that even the more innovative aspects of current labour law may only partially improve wages in aged care. The decision also highlights the constraints imposed by government procurement decisions. As the Federal Government is the major funder of aged care services, not only do industrial instruments need to be changed, but the Government needs to commit more funds if wages are to be improved. Consequently, it could be argued that traditional avenues for regulating the wages and conditions (which ignore larger funding issues) of aged care workers are not capable of addressing the most profound issue facing the sector: the development of labour standards which result in a sustainable supply of workers to ensure quality care for the aged.

While labour law is the most common means of regulating wages and conditions it is not the only method. The use of non-traditional labour regulation in the private sector is seen in industries such as textile manufacturing, transport and contract cleaning where complex supply chains devolve responsibility for labour conditions away from those organisations with the greatest capacity to improve wages and conditions. Under these conditions, industrial instruments based on the direct relationship between employer and employee are inadequate and consequently more recent attempts to regulate wages and conditions in these circumstances have been based on industry specific regulations. The degree of control exercised by an economically dominant agent in a private-sector supply chain is reminiscent of the residential aged care sector where the Aged Care Act 1997 creates a quasi-monopsony in which the Commonwealth Government acts as the dominant purchaser of services. Therefore any attempt to improve the wages and conditions of workers within the sector requires the involvement of the Commonwealth Government.

ACCREDITATION: THE MISSING LINK IN REGULATING WAGES AND CONDITIONS?

The aged care sector is regulated through the Aged Care Act 1997 (the Act) which details the mechanisms through which the government controls the allocation of beds, limits service prices and accommodation bond charges, allocates funding and assesses the eligibility of clients to attract subsidies. Formal regulation also extends to quality of care. The Act is the over-arching legislation articulating the goals of the sector, including accreditation. Accreditation is one of the most significant formal regulatory processes with which residential aged care providers must comply. It is the process by which standards of care are assessed. With the introduction of the Aged Care Standards and Accreditation Agency in 1998, residential aged care facilities were compelled to seek accreditation in order to maintain government funding.

Accreditation and possible sanctions for non-compliance loom large in the minds of aged care administrators, providing an opportunity to improve labour standards (and consequently improve attraction and retention) through linking labour outcomes more closely to the accreditation process. The significance of the accreditation process and the associated deterrence effect suggests its potential as an effective form of indirect labour regulation.

The aged care sector has the potential to use established monitoring and compliance systems through existing regulatory architecture. This architecture includes accreditation standards and the Aged Care Workforce Committee (ACWC) comprised of key employee and employer stakeholders reporting to the Minister for Ageing and advising the Federal Government on workforce issues. However, the remit of the ACWC and aspects of the accreditation standards would need some modification. Under the auspices of the newly proposed Australian Aged Care Commission (ACCC), the role of the existing ACWC could be strengthened and take the form of an independent tripartite body. It could be charged with a number of functions including, but not limited to, determining the level of “competitive wage rates for the AACC” as it “takes into account” the need to pay “fair and competitive wages” when assessing and recommending scheduled prices for care services.

In circumstances where the ACWC cannot reach agreement, it may be useful to include an arbitration and conciliation process similar to one outlined by Quinlan and Wright (2008) in their report on remuneration and safety in the heavy vehicle industry. That is, it may be appropriate to consider a specialised body established under industry specific legislation with powers to determine fair and competitive wage rates and related matters, to ensure the sustainability of the sector. The Productivity Commission (2011) recommends that the AACC have three full-time commissioners with varied responsibilities. It would be possible to expand this to include a fourth commissioner of Workforce Issues and Development. This Commissioner need not be full-time but might be seconded from Fair Work Australia as required. All of the parties represented on the ACWC would have the right to take a matter to the Commissioner and be bound by the Commissioner’s decisions which would be based on principles consistent with the delivery of quality care. Enforcement of the Code would be part of the general accreditation process that is undertaken by the Aged Care Standards and Accreditation Agency. However, to maximise efficiencies and streamline the regulatory process, it would be beneficial for existing aged care accreditation inspectors to become accredited workplace inspectors through Fair Work Australia. The type of monitoring, facilitated by this framework, commends this as a regulatory option in contrast to more general options available through the FWA 2009 (such as the pursuit of a pay equity case) which would lack the deterrence and enforcement dimensions already available through the accreditation framework.

What would such a system of regulating labour standards mean for workers in the residential aged care sector? By lifting labour standards through a Code of Practice determined by employers, employees and the major funder (in this case the Federal Government), this regulatory model has the potential to overcome some of the most significant barriers preventing the effective participation of aged care workers in processes linked to traditional labour law such as collective bargaining. That is, should such a code be implemented, aged care workers may become less reliant on their ability to bargain at the workplace level.