Addressing inequality is the challenge of our generation 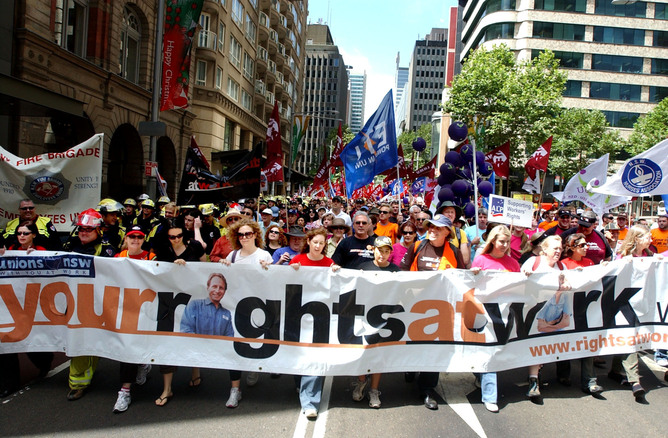 "But the ideal of a fair go is withering under a direct assault from the Liberal Party and neo-liberal economics, who have rigged the game in favour of the big end of town and a tiny elite."

Australians believe in a fair go. It is central to our understanding of ourselves. It is as much a cultural reference point as backyard BBQs and sledging the Poms in cricket that, if you work hard and play by the rules, you and your family will be sustained in a country like ours.

But the ideal of a fair go is withering under a direct assault from the Liberal Party and neo-liberal economics, who have rigged the game in favour of the big end of town and a tiny elite. They’re making decisions that benefit the well-connected and well-remunerated, not the rest of us.

Our Federal Prime Minister and our NSW Premier are both former investment bankers – their mates and their crew are at the big end of town. Their decisions reflect this.

That’s why the Government is planning to privatise Medicare and slug the lowest earners in society with a GST hike, but at the same time takes no concrete action on corporate tax minimisation and ignores the 579 major corporations who didn’t pay any tax in 2013-14.

It’s why the Government wants to slash Penalty rates and workers’ ability to have a voice at work, but resists a Federal corruption commission that would include politics, business and sport.

In the Labor Party, we are different. Our heads are connected to our hearts, not our wallets. We understand that we all do better when we build an inclusive society. A society that harnesses the potential of its people, institutions and workplaces.

The need for a new generation of Labor members and leaders to build an inclusive Australia has never been greater. Right now our society and our economy are out of balance. A recent study commissioned by the NSW Department of Education found that “we aren’t nearly as equal as we’d like to think” and that “the idea of being the lucky country that is full of economic opportunity is looking less and less realistic.”

One single word can encapsulate many of the problems besetting Australia today: Inequality.

Inequality is not some abstract concept. It’s quite simple. It’s the shorter waiting lists for those who can afford to pay. The public housing demolished to make way for luxury apartments. The job opportunities and doors opened by family or private school connections. Or the fact that in 2016 the gender pay gap, the difference between average male and female earnings, is 17.9%.

It’s the baggage handler at Sydney airport who can't afford to take his family on an overseas holiday, because he has full-time bills but only part-time work.

It’s the dairy farmer who watches retailers demand $1 milk, driving his family farm out of business.

Instead of picking around the edges, we must recognise that inequality is systemic. It is a direct result of the power imbalance between the privileged few and the rest of us.

We need to be brave, imagine a better future and then we must act.

If hard working nurses, IT workers and farmers pay their taxes, then companies like Chevron, Google and Apple must also. We are losing billions, possibly tens of billions of dollars in tax revenue each year.

This money is desperately needed for our social infrastructure; our hospitals, schools, roads and other essential services. We shouldn’t retrench these services; we should be expanding them to build a better Australia.

We need to build workplaces where workers have a real voice and real power. Right now it seems businesses who rip off their workers and ignore safety issues are rewarded and good companies who want to act safely, fairly and sustainably are run over in the race to the bottom.

To bring it all together, we need State and Federal Government's to take sustained action to address inequality; where the buck stops with the Prime Minister and the Premier.

We should establish a Commission for Addressing Inequality reporting directly to the Prime Minister, to drive a whole of Government approach to tackling systemic inequality.

We need every Government Department to make addressing inequality a central focus of their work. Targets should be set for each area of Government, with public reporting of progress made.

We must tackle the problem of inequality in education and healthcare, in the workplace, in our taxation system, in our social infrastructure and in much more.

To those who will try to raise the spectre of class warfare on this issue, billionaire US investor Warren Buffet said it best, “There’s class warfare, all right… but it’s my class, the rich class, that’s making war, and we’re winning.”

We must bring this issue to the front and centre of our national debate.

This is about making sure our Government works for the majority, not just the majorly wealthy. This is the challenge of our generation.