A View From Inside the 2011 State Election Campaign 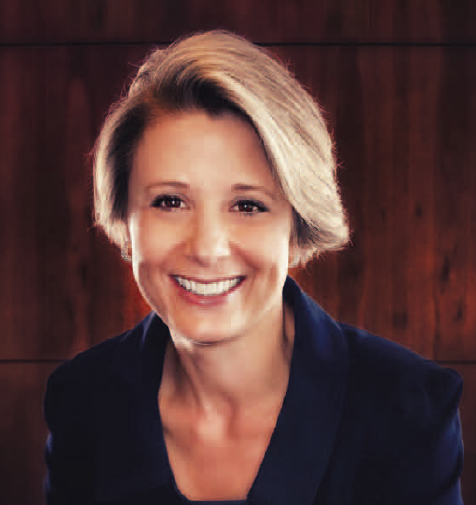 "In the 1999 State Election campaign the seat of Ryde was a marginal seat. It was an important seat, held by the Labor Party, but necessary for the Liberals to win to take back Government. Walt Secord, Director of Communications to the Premier, keeps a close eye on a targeted seat like Ryde, and one afternoon Walt rang the Ryde campaign office. A young woman answered the phone. Walt spoke to her briefly and then asked to be put straight through to one of the campaign directors. And what was Walt’s first piece of advice that day? “Get that woman with an American accent off the telephones." Kristina Keneally’s inaugural speech to the NSW Parliament, 20 May 2003 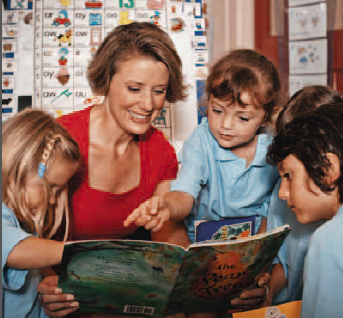 As Premier Kristina Keneally’s Chief of Staff, I would more than once be reminded of the above
phone call – always in good humour. Reading it still brings a smile to my face, and I am glad that it is captured in Hansard. It captures an unlikely starting point for the story of a super political leader, yet that is the story of Kristina Keneally.

Because 12 years on from that phone call I would watch that same woman deliver one of the most impressive performances I have seen from any leader in more than 20 years of State and Federal campaigns.
Kristina was launching the final week of State Labor’s campaign at the Western Suburbs League Club in Campbelltown.

Before a packed crowd, she spelled out State Labor’s vision for NSW. She spoke for 30 minutes.

There were no notes. No autocue. Just Kristina’s clarity, passion and precision.

Freed from the lectern that confines most speechmakers, she strode the stage and drew the audience in to a speech that was clearly one of conviction; and that conviction was contagious. When I look back at that inspiring performance, I am forever grateful that she did not take my offhand advice 12 years earlier to heart. I am grateful to Kristina for having the courage
of her convictions, not only because of the extraordinary contribution she has made to NSW and the Labor Party, but to me.

Kristina refused to accept that being a migrant with a distinctive accent meant she was prohibited from making a contribution to Australian political life. This in turn showed me that my own background – as a person born in southern Ontario as the son of a full-blooded Mohawk-Ojibway status treaty Indian and an Anglo-Canadian mother - was not a barrier to serving in the NSW Parliament. It is similarly true to say that Kristina’s personal strengths gave strength to State Labor during a very difficult time.

When Kristina became Premier in 2009, I worked with her and ALP General Secretary Sam Dastyari to develop a plan to rebuild he people’s trust in State Labor and roll out a series of positive policies that would take our Party to the next election.

Unfortunately, over a period of seven weeks, a series of six different scandals stripped away the remaining goodwill that people had for Labor. Even Kristina’s conviction would no longer be enough.

Going into the State election campaign, we were under no illusions that Labor was going to lose office. Yet few people understood how bad this loss was going to be.

Sam had research showing that Labor was in jeopardy of losing official party status. Before the Queensland election earlier this year, people couldn’t imagine a modern State Parliamentary Labor Party with single-digit representation; but that was the scenario NSW was facing. Before the formal campaign commenced, I remember receiving one particular phone call from
Kristina. She had taken a short break to visit her aged members of her family in Ohio. She called totalk about the state of play back in NSW.She told me that she understood the damage that had been done, and the situation the Party was
facing going into the election. But she told me that he would never stop fighting. She said she would fight with dignity to hold as many seats as she could for Labor, so that there could be a viable Opposition to hold Barry O’Farrell to account and re-build the party.

She was determined to stop Barry O’Farrell from taking the Premiership of Australia’s greatest state unchallenged and without detailing any plans. She also wanted to ensure that Labor took policies to the election that reflected our values of fairness, equality and opportunity. She was already looking ahead to the fact that, in democracies, good government requires a strong and effective Opposition.

Faced with this insurmountable task, Kristina

brought all her strengths to bear. Her work ethic is second to none. She began each
day with a 5am teleconference with the team and would work right through to 11.00 at night.

She did this seven days a week, for months on end.

Where most people would get tired, or frustrated, Kristina maintained her commitment to perfection and accuracy. Most importantly, she led by example, and never asked anyone to do something she wasn’t prepared to do herself.

As the election approached, Barry O’Farrell had adopted the mantle of being the Premier-inwaiting, and was trying to slip into office without detailing plans, proposed cuts or policies. Despite being the incumbent, Kristina campaigned as an “insurgent”. She rejected attacking O’Farrell personally and decided to remain focused on plans and policies. Kristina understood that voters care about issues, and that Labor could not win votes without making serious policy offers.

Everyday throughout the campaign, Labor released positive and detailed policies to help families with the cost of living, protect jobs, improve schools and support and expand hospitals. These policies were fully-funded and fullycosted. Unfortunately, they received negligible media attention, but Kristina was still able to use them to force O’Farrell’s hand. In press conferences and in debates with O’Farrell, Kristina used Labor’s detailed plans to force him to go on the record about issues he didn’t want to discuss.

O’Farrell was forced to claim that he would not privatise electricity or slash public service jobs. During Channel Ten’s Fate of our State debate in February 2011, Kristina boxed O’Farrell into ruling out job cuts. He said “we will need more public servants, not less”.

Now in Government, Barry O’Farrell is cutting at least 15,000 public sector jobs. That is a broken promise.

In the Central West, he ruled out privatisation of electricity; this has become his “Lithgow declaration” hanging around his neck.

During the campaign, Kristina chose to open herself to constant media scrutiny by inviting journalists onto a campaign bus. True to form, what could go wrong in a campaign did; and the bus broke down in full public view outside Kristina’s home. But also true to form, Kristina kept calm and carried on. A new bus was found, and Kristina kept fighting.

On the bus she was continually in the media spotlight. Gone was the 24 hour; 12 hour or two hour news cycle. Events and stories unfolded on the bus. Kristina had the extraordinary ability to be flexible. Her dexterity was astounding.

During the final week of the campaign, Kristina was in the middle of a campaign swing in the Hunter when the South Coast was hit by devastating floods. She called to say that the campaign bus was turning around and going to the Illawarra.

As the campaign ended on election night I watched Kristina concede and resign as leader at Randwick Labor Club. Her dignified speech hung around a single idea: the voters did not leave Labor, Labor left them. It crystallised for every member of the party faithful the challenge that lay ahead, and which Labor is now embarked on.

When she finished, I approached Kristina to tell her that I had never seen a campaigner like her. This is because I never have. I then returned to the campaign headquarters and immediately embraced Sam Dastyari, a person I had known and worked with for years. Campaign workers looked at us puzzled. What on earth did we have to smile or hug each other about?

We both knew that Kristina’s performance on the campaign trail meant Labor would hold seats that we were set to lose months before. This is little consolation to those who lost their seats, and there were many good Labor MPs and candidates who were unsuccessful that night. But Kristina and Sam Dastyari saved NSW Labor from a far worse result.

We now have 20 seats in the Legislative Assembly, and 14 members of the Legislative Council. Kristina’s hard work, tenacity and compassion ensured that NSW Labor would be a viable opposition. It would put us into a position to make John Robertson the next Premier of NSW. They say it is when the chips are down that you really see the true test of a leader’s mettle. And by that measure, Kristina’s tenacity and conviction under fire place her amongst the very best. She steered the Labor Party through a deeply difficult time; and is owed a debt accordingly.

If I had known in 1999 what I now know about Kristina Keneally, I still would have told John Watkins to get her off the phones – but only because she clearly belonged in the NSW Parliament.

Walt Secord MLC is Deputy Leader of the Labor Party in the NSW Upper House as well as Shadow Minister for the Arts, Northern NSW and Health.