A Happy Country Is A Socially Mobile One 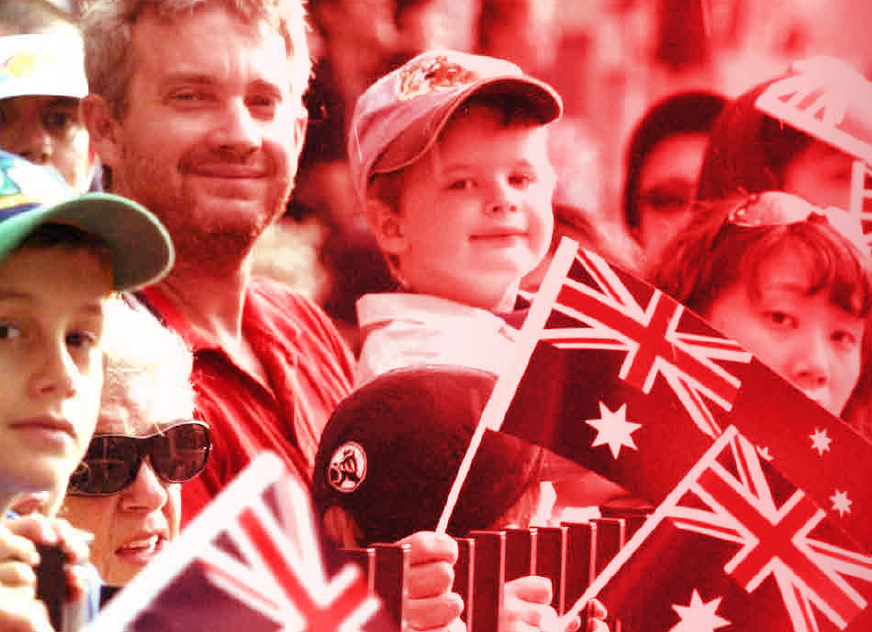 A federal budget is the government’s explanation for why it has to take our money. The reason offered, of course, is always the same: it will improve our lives. The whole arcane process of taxing and spending is ultimately justified by arguing it will make us all happier in the long run. This is what makes budgets fascinating.

For all their compromises and complexity they are the clearest indication we get from government as to how it is trying to mould our society.

So it is something of a shame then that we devote the majority of time talking about the short-term impact of individual measures when the far more interesting conversation is about where we are being led.

Surplus or deficit, levies and breaks – these are all just means. What’s the end?

When an Australian government calibrates a federal budget, what are the long-term outcomes it should be shooting for to make our society happier?

Recent research by a London-based think tank, the Legatum Institute, is illuminating in this respect.

The Institute looked at the happiest nations on earth to see what factors were likely to be contributing. The researchers found many of the connections you might expect: electoral democracy, high GDP per capita, and abundant civil liberties all correlate loosely with overall happiness.

Yet the standout, correlating factor was one that is talked about less: social mobility – the capacity of individuals to move between socioeconomic strata as a result of their individual efforts and talent.

The top six happiest nations on the planet according the Legatum Institute’s index are, in order: Norway, Denmark, Australia, New Zealand, Sweden, and Canada.

The OECD’s top six most socially mobile nations in the world are, in order: Denmark, Australia, Norway, Finland, Canada, and Sweden.

This is surely more than coincidence.

In Australia, the link between happiness and social mobility has a particularly strong cultural resonance. The concept of the ‘fair go’ has historically distinguished our progressive tradition from those of other nations. The Australian fair go stops short of genuine socialism in that its aim is not for pure equality, but rather equality of opportunity.

It was a point not lost on Lenin when he wrote about Australia in 1913. “What a peculiar capitalist country is this in which Labour predominates in the Upper House and recently predominated in the Lower House and yet the capitalist system does not suffer any danger!” he lamented.

Yet history indicates that by focusing on social mobility the Australian Labor Party may well have backed a winner over Lenin’s prescription.

High social mobility allows the productive risk incentives of capitalism to flourish, while at the same time giving individuals the confidence and motivation to pursue their dreams. It lessens class tensions. And, most importantly, it allows the most worthy in society to actually rise to positions of power and influence, regardless of their origins.

So perhaps it should be of little wonder that social mobility seems so closely aligned to societal happiness.

Yet if social mobility is the end we should be seeking, how then is Australia tracking? The data indicates we are up there with the best for now, but what is the trend?

Interestingly, the latest local research indicates our national social mobility levels have been quite stable over recent decades.

This may appear to be coasting, however research by former ANU Professor and now Shadow Assistant Treasurer Andrew Leigh indicates this long-term stability is likely due to a spectrum of complex and dynamic shifts in the economy just happening to cancel each other out.

In recent decades, the factors boosting Australia’s social mobility have included the growth of universal health care, the banning of racial discrimination, and the abolition of up-front university tuition fees. Yet countering these factors has been the abolition of federal inheritance taxes, the rise of concentrated unemployment ‘hotspots’ in our towns and cities, and, of course, the rise in wealth inequality.

This indicates that far from being inherently entrenched, Australia’s social mobility status is actually propped up quite delicately. Government cannot simply assume it will remain strong.

Which leads to the tough part. While you would be hard pressed identifying a politician who would say social mobility was a bad thing, when you start getting down to the trade-offs involved in prioritising it, matters get more controversial.

We know, for example, that investing heavily in public infrastructure – especially public transport – increases the chance that those in disadvantaged areas will access economic opportunities. So a government truly committed to social mobility would likely prioritise filling in the infrastructure deficit over the immediate government budget deficit.

We know that property owners in the quality suburbs of our major cities who vehemently oppose higher-density development deny the opportunity of others to access our major productivity hubs. A government concerned with social mobility would see reform here as an urgent priority.

And we know that programs like the NDIS and Gonski education reforms are likely to increase social mobility by giving disadvantaged individuals a leg-up into opportunities they otherwise might have missed. So those programs would be prioritised too.

Interestingly, a controversial idea that has been recommended by the federal government’s Commission of Audit could also have a powerful long-term impact. Tighter asset testing for aged pensions could greatly reduce a significant impediment to social mobility: inheritances.

Inheritances widen the head start the haves enjoy over the have-nots. They are the antithesis of meritocracy.

Australia has poor data on inheritance trends, but it is reasonable to assume that with rapidly rising property prices the gap between owners and renters now risks becoming intergenerational and entrenched. Those who own will leave their property wealth to their children, while those without property inheritances are left to fall further and further behind.

This is a grave risk to our social mobility. History shows us what happens when large inheritances became too large and pivotal. In European economies of a century ago, the key to a healthy income wasn’t how hard you worked but how much wealth you were bestowed.

In the Asian century, with Australia increasingly pitting its productivity against leaner and hungrier nations in the region, the old European model is hardly a system we can afford to copy.

Which is where the Commission of Audit’s recommendation for tighter asset testing comes to the fore.

As things stand, 4.5 percent of Australia’s total annual federal budget goes to aged pensions for individuals who already own more than $500,000 in assets – most of which is usually in their home.

Despite being desperate for savings, the government is reportedly baulking at reform in this area due to the prospect of a scare campaign about turfing pensioners from their homes.

Yet a more reasonable system would not require retirees to vacate, but rather to simply draw down on their equity to fund their retirements.

Indeed, this is exactly the system the Productivity Commission has proposed in its 2011 ‘Caring for Older Australians’ report.

The only true ‘victims’ of such a change would not be retirees themselves, who would maintain their retirement lifestyles, but rather their children, who would have their upcoming bestowments trimmed.

Yet for a government truly committed to promoting social mobility, this could only be seen as another benefit.

It is controversial ideas like this that the Australian Labor Party should be engaging with, if it is to sell a modernised progressive vision to the nation.

A clearly understood and articulated commitment to social mobility as a core value is a beautiful balance for the 21st century progressive. It champions individual rights and freedom, but not at the cost of society more broadly.

Indeed a commitment to social mobility should not fall victim to damaging charges of ‘class warfare.’ It need not suggest that wealth strata shouldn’t exist, but only that Australians should be free to bounce between them based on their work ethic and talent.

Social mobility offers voters a more genuine form of freedom than the simplistic laissez faire model offered by conservatives. It offers real options to exercise individual freedom, instead of just a suite of statutory rights.

Mark Latham’s ‘ladders of opportunity’ were often cited during his brief stint as Opposition Leader, but they have since been warehoused along with the rest of his legacy. This should be redressed.

Constructing and maintaining such ladders could well be the key for any government wishing to ensure a happy Australia in the decades to come.