"I'm With The NSW Right" 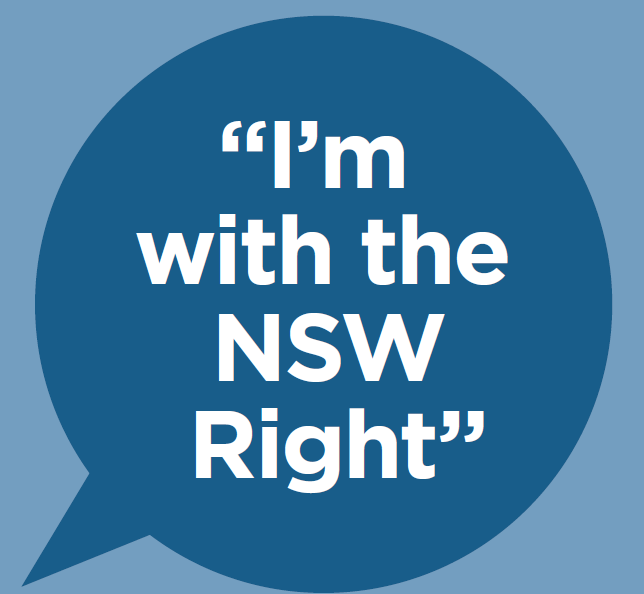 That bold, and sometimes provocative, statement used to be a badge of honour in the national political environment. It might not have had the same historical resonance as “Ich Bin Ein Berliner”, or “Civis Romanus Sum” but it did sum up well the tribal pride associated with being a part of the strongest and most successful arm of the Australian Labor Party.

It is, therefore, a pity to see our faction in the doldrums in recent years, at a state and federal level – mocked by the media and ripped apart by internal fights. However, before I propose some ideas to help this once-great faction rediscover it’s ‘mojo’, let us first review from where we’ve come. Over the past three decades it was the NSW Right that delivered and sustained the Wran, Hawke, Keating and Carr Governments. Neville Wran’s election in 1976 helped drag the national ALP out of its ‘Dismissal Blues’. It was the influence of the NSW Right that finally brought Labor back to power in Canberra in 1983 and it was the dedication of the Carr Opposition that taught other States how to defeat their own Conservative opponents during the 1990s. It has always been Centre Unity that has brought stability to NSW Labor and worked with our parliamentary and industrial brethren to deliver results to those we represent – internally and externally.

We have secured support from State Conference to ensure a practical and progressive policy agenda. Ours is the only state branch that successfully resisted attempts to establish a Centre Left faction and it was our people that won Australian Young Labor in the early 1990s, then the State branch soon after. While it is the procedural successes of Centre Unity that has most dominated its reputation, this ignores the fact that with Party control came the opportunity to deliver on a proud policy agenda. It was the NSW Right that floated the dollar, balanced the Budget and opened the Australian economy to the world. We freed up public assets in banking, telecommunications and transport, stimulated innovation in manufacturing and agriculture by backing tariff reform, generated millions of new jobs by establishing modern sectors like tourism and creative industries and delivered the ‘best ever’ Olympic Games.

Our people fought for, and won, compulsory superannuation and then used that pool of national savings, partnered with private capital, to rebuild our State infrastructure base. Maybe because of our traditional role as the custodians of economic common sense, it is easy to overlook the dynamic leadership role that our committees, Ministers and governments have played in social policy.

The NSW Right was the reason our national parks system has grown, that Sydney’s harbour and beaches are so clean and accessible, that an injecting room at Kings Cross keeps young addicts alive, that Medibank and Medicare exist, that immigration has grown and children were taken out of refugee detention camps and that Tasmania’s World Heritage forests were saved from damning. Importantly, it was our faction’s commitment to a strict curriculum and innovative funding base that sees NSW schools now as the academic envy of the nation and the region. It is the NSW Right that has always been the builder of public domain – be that the modern community facilities of Sydney Olympic Park, Darling Harbour, Parramatta Stadium, the Opera House, vital economic infrastructure like the Snowy Mountains Hydro, Barrangaroo or Sydney Airport or our heritage precincts of Macquarie Street and the Rocks. However, despite its past successes and strengths our group has recently lost its way, its discipline, its agenda and its lustre – and in NSW, we just lost our government in a massive repudiation by the electorate.

The NSW Right can only become dominant again if we take on a new and progressive policy agenda, and help State and Federal Labor regain political momentum, rebuild our reputation and attract the brightest talent to our ranks. To this end, let me just propose just a few reform initiatives, across economic and social policy, that we should consider. I hope they spark controversy in our ranks and lead to a significant debate about our future.

1 Let us stop the intellectual cowardice about privatising public assets that has ripped us apart in recent years. We must start acting in the interests of working families and ensure they have the best services they can get, rather than defending the feather-bedding of often grossly inefficient public service operations. The community could care less who owns or operates the service or asset – they simply want to get to work on time, breathe clean air, pay a fair price and enjoy competent and reliable service delivery. Be it degraded electricity generators, an unsafe ferry fleet or hospitals that can’t pay suppliers on time, governments rarely manage assets and operations as well as the private sector. Let us champion the true roles of government, namely regulation, public policy settings, infrastructure planning and consumer protection and stop defending bloated public bureaucracies. We don’t have to own and operate assets to help the public, we just need to regulate them properly. Would those within our own industrial ranks who oppose electricity sale advocate the re-nationalisation of Qantas, Telstra and the Commonwealth Bank?

2 We must find innovative solutions to end the mismatch between national savings and nation-building projects. Having delivered universal superannuation to working Australians and now boasting the fourth highest pool of managed funds on earth, Australia must use this money used to fund the vital economic and social infrastructure our nation needs to reduce traffic congestion, improve productivity and enhance social equity.

3 Using this great pool of infrastructure funding, we must rebuild our great cities and better connect our regions to make them better places to work, live, study and play. Whether it be transport links, sustainable energy, theatres and stadia, hospitals, schools, broadband or national parks, we have the chance to drive this agenda and spark the imagination of future generations about the style of communities in which they want to live. We a smart enough, and rich enough as a nation to have both a ‘Big Australia’ and a ‘Clean Australia’, addressing congestion with a mix of infrastructure provision and decentralisation.

4 We must end the ridiculous proliferation of local government in Sydney. We have 45 separate Councils wasting our money, squandering our rates and generally being a blot on progress. Peter Beattie had the courage to force amalgamations and Queensland will reap the micro economic benefits of this policy for decades to come.

5 Labor must take the initiative and lead the debate about the creation of a second CBD in Parramatta – starting with support for a Macquarie Commission to advise State and local government on necessary reforms. Whingeing about congestion in the Greater West is not a policy response, but delivering appropriate transport links, health and education services and cultural and sporting facilities for the four million plus residents who will call this region home by 2050 is a true Labor agenda.

6 We should champion the cause of a national disability scheme to ensure greater equity of access is accorded to those with physical and intellectual challenges, and to their carers. This is an idea that is already overdue and completely in line with Labor and Centre Unity ideology that good government should be about innovative solutions to care for those left behind. It is only with an embrace of innovative policy reform that Centre Unity can seek to rebuild its reputation. Political fundraising, patronage, union election victories and flexing of preselection muscle are all very well are not enough to guarantee the future of the NSW Right, and in my view, are not enough to justify our existence. Our Party needs us back in the game, delivering electoral success, ensuring industrial harmony, leading policy reform and serving the interests of our people.