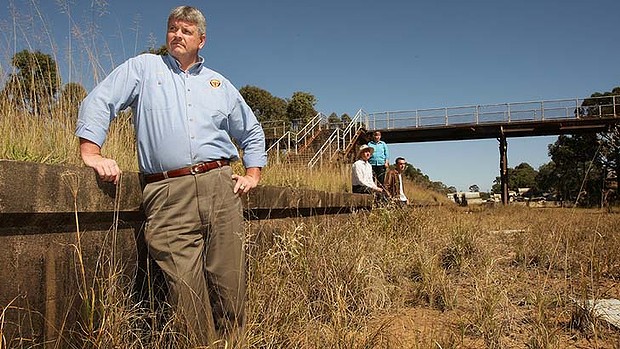 By Alex Claassens
Secretary of the Rail Tram and Buses Union

To understand the Australian Labour movement as we are today you need to understand what happened in 1917.

The NSW General Strike ostensibly started as a protest at the introduction of timecards, but in reality it was much more than that.  By 1917, the First World War had been dragging on for several years.  While the Federal and State Governments had been focusing their resources on the war effort in Europe, the people had been told to make sacrifices.  Wages had been frozen, and workers had been forced to work harder and longer to contribute to the war effort.

The sense that workers were being exploited in the name of a foreign war was not just limited to the railways.  Similar grievances were felt across the country – particularly in the big unionised workplaces like the mines and the wharves.

A new Chief Railway Commissioner, James Fraser, had taken over control over the NSW rail network in 1916, and he set about making the railways more efficient.  But given the fraught wartime political environment, he promised unions he would hold back on making substantive changes to working conditions for the duration of the war.  So when Fraser introduced the time cards at Randwick and Eveleigh, without notice, he not only went back on his word to the unions, he set a match to a field of anger and resentment that was tinder dry, and ready to explode.  Before long the strike spread beyond the railways, and soon an incredible 100,000 workers had withdrawn their labour.

It was an unprecedented expression of working class solidarity, as workers from the railways, tramways, the wharves, road transport and mines, right across NSW, joined together as a united force to demand a fair go and a better deal.

In many ways, we look back at this moment of solidarity and militancy with wonder, and envy.  We should not, however, ignore the darker side of this story, or escape the fact that the General Strike was also a heart-breaking low-point.

Workers were threatened that if they didn’t break the strike, they wouldn’t get their jobs back.  Strikebreakers were brought in from farms and private schools, and the NSW Government ran a fierce propaganda campaign against the strikers, accusing them of being tools of our foreign enemies, and deliberately undermining brave Australian fighters on the front line.

Many crumbled under the pressure – creating enormous tension between the staunch strikers or “Lilywhites”, the “Early Birds” who were tempted back, and the “Loyalists” – who stayed out of the strike action completely.

The impact on the lives of those involved, on their unions, and on the broader movement, cannot be understated.  After five weeks, the rail strike had been crushed, and by summer of 1917 all remaining strikers in other industries had also returned to work.

The payback from the NSW Government and railway bosses was brutal.  The rail unions were de-registered, and a series of loyalist unions – funded by the government - were set up in their place. Strikers like Ben Chifley and JJ Cahill were initially blacklisted, and not allowed back into the rail workforce.  It took the election of a Labor State Government to start the long, slow process of recovery – and to allow the old rail unions to return.

The acrimony created by the failed strike lasted for decades.  The loyalist unions took root, and would soon merge to become the National Union of Railwaymen, while the unions representing striking rail workers would become the Australian Railways Union (or ARU) and the Australian Federated Union of Locomotive Enginemen (or AFULE).  These divisions between the striking unions and the loyalist unions lasted beyond the lifetimes of those involved – right up until the amalgamations to form the RTBU in 1993.

The defeat of the General Strike, however, taught us many lessons. Since then, unions have become smarter and more sophisticated in our campaigning.  We’re better at using the legal system.  When the laws fail us, we work within the political system to get them changed.  We’ve also become better at communicating with the broader public, and better at engaging with the media.

Looking back, we can see that the General Strike was a triumph of solidarity, a tragedy of broken dreams, and the birth of the modern trade union movement all rolled into one.

Today, as we strive to build a better, fairer society, we continue be inspired by the strikers’ legacy - but we must also never forget the lessons learned from their bitter experience.