From the Tyranny of Distance to the Power of Proximity: Labor’s legacy in terms of trade. 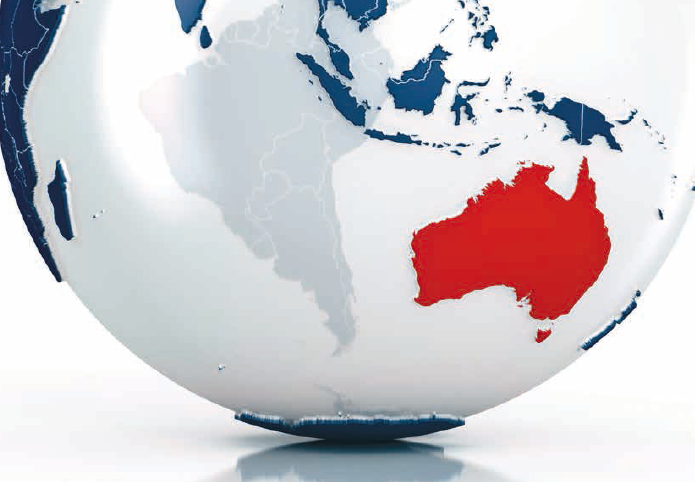 Imagine a country that rarely notices the world beyond its own borders. It’s a country that has double-digit inflation, high unemployment and a poor record of industrial disputation. Industry shelters behind prohibitive tariff walls, the exchange rate is fixed and ‘overseas’ trade is an afterthought. There are few tourists, not many foreign students on university campuses and few ‘foreign’ restaurants. The country, despite its bountiful wealth is at the bottom of the global premiership table in terms of economic performance.

You don’t have to imagine too hard because that country is Australia – the Australia of the past. It’s the Australia that the Hawke Labor Government inherited 30 years ago. Under the Fraser Government, Australia was isolated, protected and
underperforming economically. Lee Kuan Yew, the grand old man of Singapore called us the “white trash of Asia”. And no one seemed to mind. Of course, the economic reformers of the Hawke and Keating Governments changed Australia from the “white trash of Asia” to the dynamic multicultural society that is today the envy of the world. Whilst much of the credit has been taken by economic advisers from the Australian National University (ANU) and the Treasury, the economic research undertaken by the Australian Council of Trade Unions (ACTU) in preparing the Prices and Incomes Accord was crucial to Australia’s success in internationalising the economy.
In the Stan Kelly lecture that I gave to the Economic Society of Australia, I spoke of the South Australian farmer Stan Kelly and his son and fellow free trader Bert Kelly (also known as ‘the Modest Member’) who railed against what the old Australia
was doing to farmers, exporters, workers and the whole Australian community.
But whilst Kelly and son fought hard intellectually for the free trade side of the cause (Bert as a lone voice in the Fraser Government), it took three visionaries of the labour movement to open Australia and lock in the economic prosperity
we experience today. Prime Minister Bob Hawke, Treasurer Paul Keating and ACTU Secretary Bill Kelty led the reform charge and prudently managed its social and industrial impact. The floating of the exchange rate, the reduction of tariffs and the
introduction of inflation targeting via the prices and incomes Accord were bold, brave reforms. Add to this enhancements to the social wage such as the introduction of Medicare and superannuation, tax cuts, and an education and training system to
enhance skills for affected workers. Their actions were brave and bold.
I joined the ACTU at the start of 1991. In March of that year, tariff cuts were implemented – in the middle of a recession and with the Industrial Relations Commission still grappling with enterprise bargaining. These reforms enabled Australia to take
advantage of the shift in global economic power towards the Asia Pacific region. The tyranny of distance has truly become the power of proximity. Those 1991 reforms enabled Australia to be in the right place at the right time. This time the lucky
country made its own luck. Labor’s success was due more to the ACTU than to the ANU.
As Australia faces the challenges of climate change and the possibility of another global financial shock, what are the lessons to be learnt from this time? And which lessons are important to whom as debates get ravaged in the 24-hour news cycle?
Perhaps the first lesson for the leaders of the modern labour movement is that trade has been good for workers as well as exporters. My research at UNSW shows that on average, exporters pay 60 per cent higher wages, provide more job security, equal employment opportunities and better occupational health and safety standards than non-exporters. Exporters are
more profitable and achieve higher standards of productivity and therefore can train and reward their workers better, on average, than non-exporters.

The second lesson is that it is not economically desirable to protect markets, it is desirable to protect workers. An open economy does not mean we have to dispense with all notions of fairness in the labour market. An individual bargaining one-on-one with management will not win out in most cases. It doesn’t matter if you are a cleaner,a computer programmer or even a chief economist: you need protection when negotiating with management to produce a fair and economically efficient outcome.
In fact, the UNSW research also showed that export sectors that were highly efficient were also unionised, with coverage by collective agreements.

Australia has a unique system of industrial relations and also has an unemployment rate nearly half that of the US. In short, labour market deregulation is not a logical extension of trade liberalisation.

The third lesson is to avoid fads in trade and industry policy. Just over a decade ago, as the Australian dollar plummeted below the US50 cents mark, the head of Hewlett Packard visiting Australian for the Sydney Olympics warned that unless Australia got out of ‘old economy’ industries like mining and farming, and exported software and became more ‘new economy’ like Taiwan, the Aussie dollar would be 30 cents by 2010. The chief scientist expressed similar views. This was before we saw one of the
biggest terms of trade increases in our history as ‘old economy’ prices increased due to the surge in demand from Asia. We also developed so called ‘new economy’ exporters selling training, software and IT services to ‘old economy’ exporters
of rocks and crops. Policy makers and the RBA did well to hold their nerve.

Like all trends that come and go, the so called “new economy/old economy” debate misunderstood what was happening in Australia’s economy as we opened up to Asia and the rest of the world after many decades of protectionism and isolation.
What happened was that the mining and agricultural sectors themselves spawned a whole group of new innovative companies, in effect becoming services exporters (or “new economy in old economy” clothes if you like). As an ‘airport economist’ I see this everywhere I go. We now have emerging export sectors selling mining equipment, technology, training and other professional services to the mining industry from Sao Paulo to Siberia as the global commodity market grows across the
emerging world. In the same way, you’ll meet South Australian sellers of viticulture marketing in the vineyards of Argentina.

Education forms an important part of Australia’s services sector, accounting for 85 per cent of Australia’s employment and 40 per cent of Australian businesses’ overseas sales. The end of tariff walls and an inward looking culture unleashed Australian innovation in unexpected areas. Even in sleepy surf towns like Torquay, Victoria, companies like Rip Curl became international players, joining competitors like Billabong and Quiksilver on the world stage. Small and medium sized enterprises found they could be global players too (90 per cent of the exporter community is comprised of SMEs), with some of them going on to become big exporters and employers as a result.

As Australia’s fortunes accelerated, so did our need for a sophisticated, world class financial sector to fund our global expansion and engagement.

Australia’s success as a provider of financial services is apparent to me as I travel throughout Asia. Australia showcased its financial strength in the aftermath of the GFC. We now have the second largest stock market, the second largest securities’
market and the second largest hedge fund sector in the region. Our superannuation system is one of the world’s major financial innovations of recent years and we have one of the largest infrastructure fund industries anywhere in the world. Australia’s openness to trade and investment and the resulting economic success has made us a major player in financial services in the region and around the world, particularly post GFC.

Our high-performing economy and relatively low unemployment rate in comparison to other OECD members gets noticed. The world has taken notice of Australia’s success, which means more global activity for our financial services sector. We are
‘white trash’ no more – a reflection of the strength of our economy and the diversity of our harmonious multicultural society. Both are important legacies of Labor.

The final lesson is that trade policy has moved well beyond tariffs. Whilst the World Trade Organisation may not be as dead as a Doha yet and trade minister Craig Emerson’s recent initiatives show an innovative way to break the dead lock, most Australian exporters are concerned about behind the border issues and seek off-shore government assistance when trying to understand new business networks and cultures, particularly in emerging and frontier markets.

Our history as a nation of immigrants gives Australia another major advantage. This is often overlooked in the wider media. Australia’s immigration numbers mean that we do not suffer the effects that come from the demographic issues experienced in places like Japan and Europe where the aging population is outstripping the younger money-earning sections of the economy.
Immigrants made post-war Australia and we are all the better for it.

This is particularly the case when it comes to business. It is important to remember that one-in-two Australian exporters are born overseas. Two-thirds of our entrepreneurial class are born overseas. In short, we import a lot of human capital. If one is to look back over the last few years at people who have made significant contributions to the Australian economy, names like Crazy John (mobile phones), Frank Lowe (of Westfield) and Bing Lee (owner of the largest privately held electrical retail
business in NSW) come quickly to mind. And they are all immigrants.

As the rest of the industrialised world does it tough, it’s possible that the world’s best and the brightest might look to countries like Australia to make a new home. This can only be a good thing that will positively strengthen our trade and investment
ties with the world.

Paul Kelly once wrote that traditional Australian industrial relations are not compatible with us engaging in the ‘Asian century’. On the contrary, many people of Asian descent have come to Australia to experience the fairness and freedom in the labour
market that is denied to them in their countries of origin. The Australian model allows us to trade with Asia, but to work and live according to Australian traditions of fairness and flexibility. The ‘Kelly gang’ (Stan, Bert and Paul) got it right in terms of free trade, but it took Labor’s Hawke, Keating and Kelty to make it work by managing the social and economic
impacts in true Australian style.

It was the labour movement that opened Australia up to the world. It was Labor that showed Australia need not have fear. Labor ensured that the tyranny of distance was replaced by the power of proximity. Labor showed that you could build a
strong economy and with it, a great society. Labor enabled the lucky country to remake itself in the face of a globalised competitive world, and ensured that ‘Down Under’ could become ‘Down Wonder’. Labor combined the right of the entrepreneur
to ‘have a go’ on the world stage, with the right of the worker for a ‘fair go’ in the labour market. It is a legacy of which all Labor people can be rightly proud as we face our future challenges.