What can Labor do for young people? 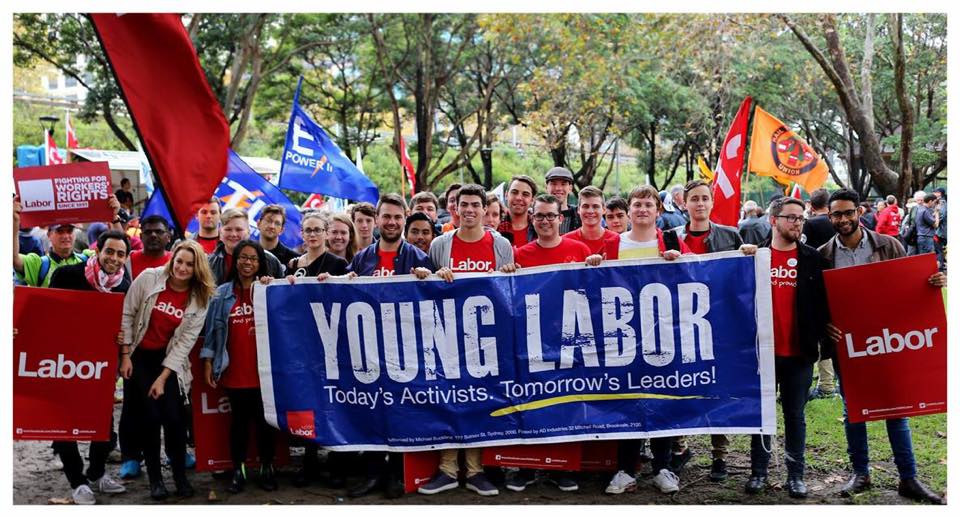 "In 1972 and 2007 Labor was swept to victory with the support of young people, because it presented itself as modern, bold and forward thinking. These are the things that appeal most to young people and there are many ways Labor can capture the youth vote."

When you look at the data young people seem to be taking one of two options at the polling booth, voting for the trendy Greens or not voting at all. In 1972 and 2007 Labor was swept to victory with the support of young people, because it presented itself as modern, bold and forward thinking. These are the things that appeal most to young people and there are many ways Labor can capture the youth vote. They, like many of our supporters, face discrimination in the workplace, are shut out of opportunities for social mobility, and care deeply about national and humanitarian causes. Here are just five policy ideas that are uniquely Labor and champion the cause for young people.

In 2012 NSW Young Labor launched its biggest campaign by far: to bring an end to youth wages. Whilst inroads have been made to end racial and sexual discrimination in the workplace, age discrimination against younger workers with regard to their pay still exists.  Groups like the Shop, Distributive & Allied Employees’ Association (SDA) and their campaign “100% Pay at 18” lead the way to the recent victory of 20 year olds being given their full award rate by Fair Work Australia. But there is still more to be done, 18 Year olds can still be paid up to 30% less than the award rate. Young adults don’t get a discount on their education, on their groceries or their rent, why should they have to take a discount on their pay-check? A Labor Party that delivers an end to youth wages would make a vast improvement to the lives of millions of Australian workers in the greatest tradition of our party.

The task of reforming negative gearing is essential and yet momentous; the incremental easing of these tax conditions come while increasing numbers of young people are being excluded from home ownership. As recent as April 2015, the ABS estimated that only 11.1% of owner-occupier housing finance came from first homebuyers. These first homebuyers are repeatedly being edged out at auctions by more established investors. One proposal to increase participation in the housing market in the short run would be to require new property developments of two hundred or more apartments to set aside a percentage for sale exclusively to first home buyers, taking them out of competition with investors. It would need only be a small percentage, roughly 15% or 20%, of new developments in order to make a substantive increase in their level of home ownership. Without broadly upsetting current investments this proposal would give young people a desperately needed leg up, encourage a level playing field, and go a long way to helping young people purchase their first home. 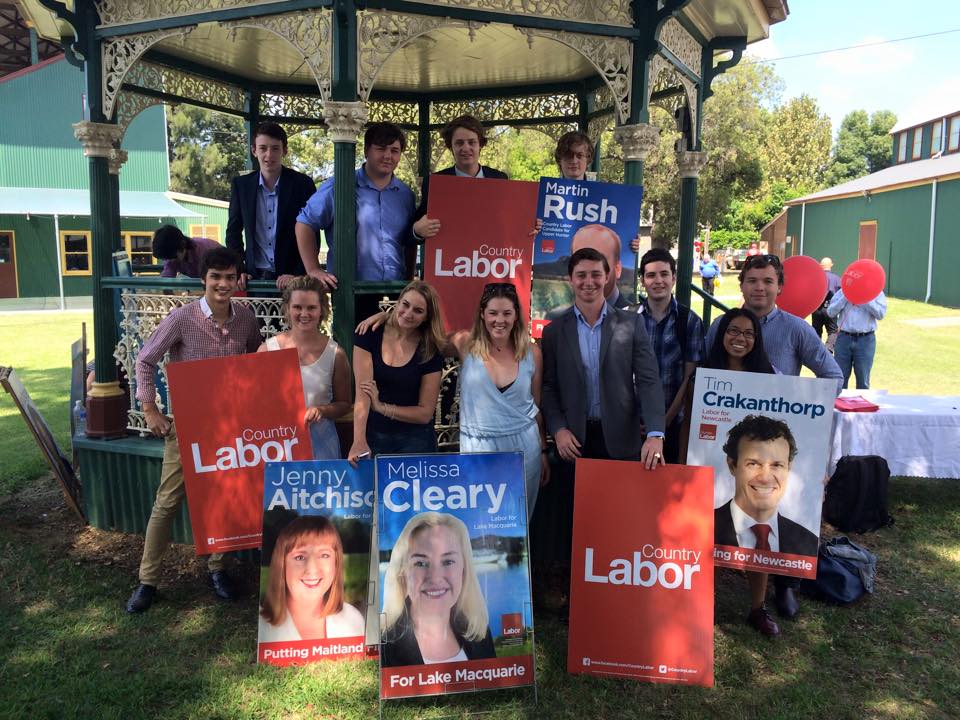 Hundreds of thousands of young Australians do internships as a way of gaining experience and getting a feel for the professional world but sadly too many of them are being taken advantage of by employers who just see an opportunity for free labour.  Often interns are made to perform menial tasks like getting coffee and clearing paper jams without any time to learn skills. Even worse, interns can be asked to do an extensive amount of work with no supervision, being co-opted to donate their labour in roles that others would be paid to do.  Getting rid of unpaid internships would put the Labor Party on the right side of hundreds of thousands of young people tired of being taken advantage of because of their age or inexperience. Even as a first step, the Australian Labor Party could seek to get internships recognised with Fair Work Act with fair and equal industrial rights.

4. Lowering The Voting Age To Sixteen:

Much is said and written about young people’s political apathy and the data doesn’t lie, at the last Federal Election 25% of young people failed to enrol to vote.  There are many reasons: the lack of meaningful engagement with young people by our political system and a lack of civic based education in our schools to name a few. However when Strathfield MP Jodi McKay called for the voting age to be lowered to 16 many in the community saw the sense in giving young people an early introduction to their democracy. A trial of non-compulsory voting for 16 years old at the next local council elections could demonstrate the faith out party has in young people and would give politicians and candidates a clear reason to reach out to younger voters and the issues that matter to them.  Thankfully Federal Labor Leader Bill Shorten has championed this cause to get more young people involved in politics.

5. Digital Rights for All Australians:

The digital age poses many exciting opportunities for Australians, but it is not without its problems. Privacy in the digital age is fast becoming a hot talking point among young Australians. Right now, few provisions exist to allow people’s privacy to be respected online. The European Union’s “Right to be Forgotten” laws allow people the right to have unnecessary information about them removed from internet search engines. In an age in which everything we do can be instantaneously uploaded to social media, surely some provisions must exist to protect individuals’ privacy. This kind of legislation could help Labor in its campaign to end the despicable culture of revenge porn or grant many Australians a reprieve from their online profiles being used against them in a job interview.  The whole space of digital rights is a necessary and important problem for Labor to unpack.  Labor championing rights in the digital age is an agenda that every young person can instantly understand and appreciate as in their interests. 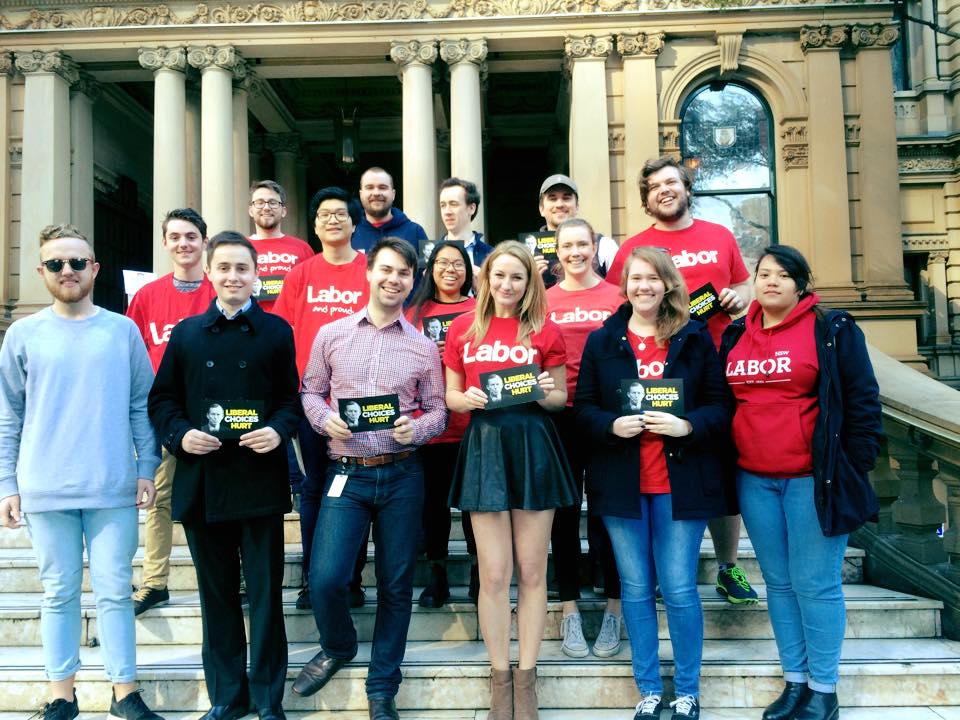 So what do these five ideas have in common, well there’s a few things. Firstly they’re not expensive. Little to no government revenue would need to be committed to make these ideas laws, but they would make a huge difference in the lives of millions of Australians. Secondly, they speak to Labor being modern and fair. The changing nature of work, access to the housing market, further democratic enfranchisement and rights in the digital world are modern challenges for Labor, but our positions can be grounded in our history as the party of fairness and equality for all Australians. Thirdly they show that Labor isn’t afraid of new ideas. Some of them may come out of left field, but they all represent bold initiatives that neither the Liberals nor the Greens would ever be able to deliver.  These ideas and more would positon Labor as the party for young Australians.