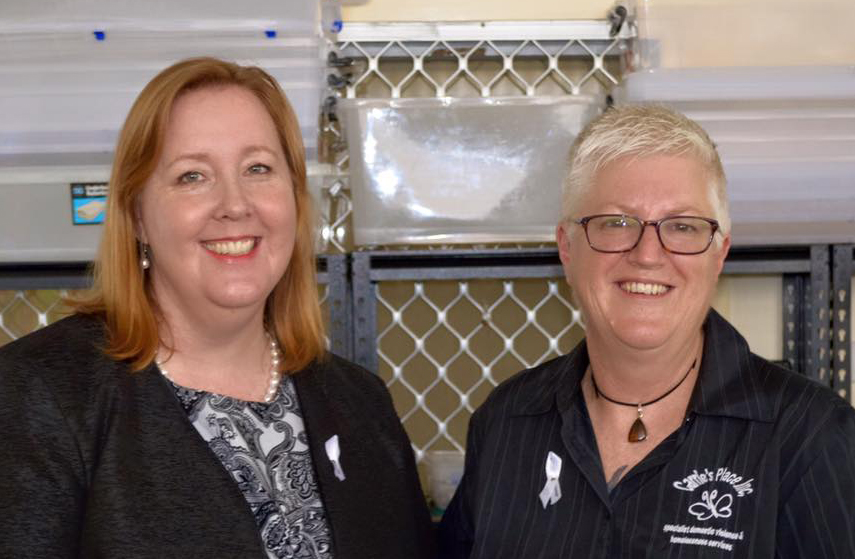 A few months ago, a young woman came into my electorate office. Let’s call her Amanda*. She is one of the many who have sought my help since I was elected as the local MP last March.

Amanda was articulate, well groomed, clever and engaging: the kind of woman that some think are never victims of domestic violence.

Like many people in our community Amanda grew up, got married and started raising two children. The marriage broke down, and both parties went their separate ways. Amanda met another man. When she became pregnant with her new partner’s child, things started to unravel for her.

Her new partner started to abuse her, to the extent that at times she was hospitalised. She left the relationship.

Amanda applied for an Apprehended Violence Order (AVO) from the courts and was granted one for two years. However her ex-partner has continued to abuse her during this time. In fact, he has even written letters to her from jail in breach of these orders.

At the same time Amanda was battling her ex- partner for successive AVOs in the courts, her ex- husband was fighting her for sole care of her two oldest children on the basis that she could not keep them safe from her ex-partner.

Amanda has had to get three AVOs against her ex-partner, even though the courts have the power to grant a ten year AVO, they wouldn’t do it in this case. On what basis did they think that this man would change his behaviour? He has not been through a program for perpetrators or any counselling. He has been to jail and continued his violence against her.

Then Amanda’s ex-partner sought unsupervised access to her youngest child, the child he has never lived with. Having been through so much, her finances have been drained and she did not have the resources to pay a solicitor and is therefore representing herself. It remains to be seen how clearly the court listens to her plight this time.

When someone like Amanda is so badly failed by our justice system: when it is so hard to get an AVO against a proven perpetrator of domestic violence, when women lose their children because their partner is abusive, when they suffer repeated and seemingly unfettered violence from their ex partners, when the Family Court and the Criminal Courts seem to be working together against victims of violence, and when women become impoverished fighting the system, something is deeply wrong.

Governments at all levels are making major announcements addressing domestic violence lately, but in NSW, under the Baird Government’s recent announcements, aside from some changes to policing, and introduction of some perpetrator behaviour programs, the structural elements of the court processes remain the same and extra funding for refuges appears to be a smoke and mirrors exercise with no certainty about how many new beds will be created.

In general,the conversation about preventing domestic violence appears to be focused on the two groups which receive direct government funding to deal with it: refuges and the police. Refuges are gagged from advocating under their contracts, so they are unable to freely participate in the public debate, nor publicly prove their funding crisis.

Some workers in the field believe that more resourcing for police will not result in reducing domestic violence until there is real cultural change in the force. According to one lawyer, police are often not acting quickly enough, specialist domestic violence officers are often not available, and general police seem to take the view that they can ‘calm down’ situations without providing ongoing legal protections for the women involved. Admittedly this may be sometimes a function of an officer’s previous interactions with the judiciary, particularly in regional areas.

It’s time to start a conversation which includes practitioners across the field, including the judiciary, doctors, community nurses, mainstream community services, social workers, and lawyers to add weight to the calls for more structural changes in the legal system and to start calculating the real costs to our health and community welfare system.

While Destroy the Joint has been counting murders of women in Australia (which last year increased to around two per week), there has been less attention to other statistics offered by Quentin Bryce at a recent conference I attended. Every three hours a woman is hospitalised due to domestic violence and three women a week suffer head injuries as a result of domestic violence.

It is a deeply disturbing reflection on the priorities of the Government that in the context of this attack on women and children, the best Mike Baird can aim for is to “reduce the rate of domestic and family violence reoffending within 12 months by 5% by 2019”.

Our families deserve better than that.

*Names have been changed