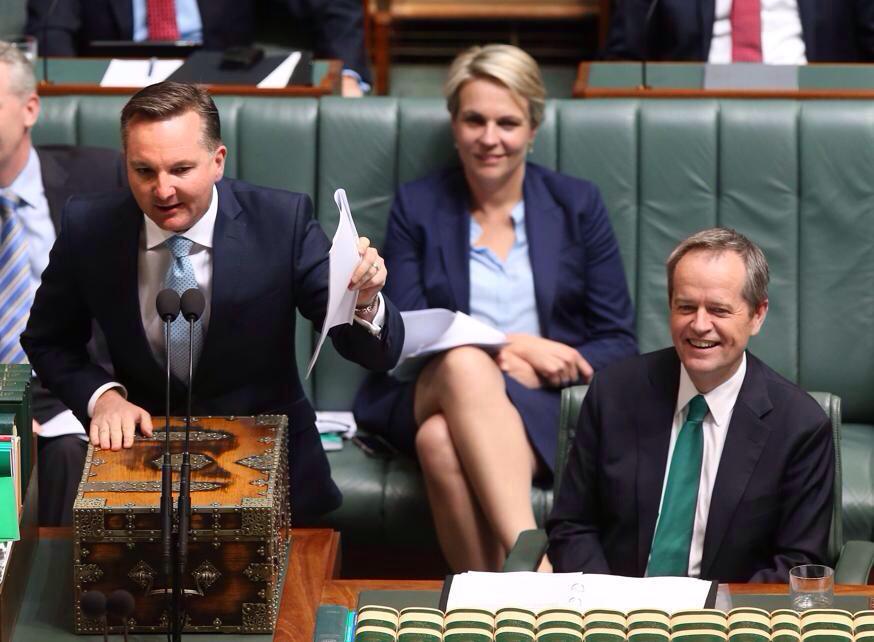 The botched Liberal budgets have constituted a blow to confidence which has had real and negative impacts on our economy. We need more investment in the nonmining sector as the mining construction boom comes to a fast and inevitable end. The lack of confidence means that this investment is still not coming through.

This all means that an incoming Shorten Labor Government will have its work cut out for it when it comes to the economy.

The fact is that as things currently stand, a Shorten Labor Government would inherit an economy with sluggish growth, with unemployment considerably higher than during the Global Financial Crisis and higher than the United States, United Kingdom and Germany.

We would inherit an economy with youth unemployment and underemployment at rates that can carefully, soberly and accurately be described as a crisis.

While we continue to enjoy 24 years of uninterrupted economic growth, the fact is that our growth is now more anaemic and narrowly based than for most of that twenty-four years.

Australia’s growth rate averaged 3.5 per cent between 1992 and 2008. It reached 5 per cent in 1999. And now, we have growth running at 2 per cent a year, not enough to see unemployment come down. And we are told we should celebrate this because it is better than Brazil! We have experienced five consecutive quarters of declining living standards.

This is worse than what Australia experienced through the GFC.

The next Labor Government will have to have its economic priority getting the investment, growth and job creation necessary to see unemployment come down.

The Liberals had a plan to win office, but nowhere near enough of a plan about what to do in office. Not a mistake we intend to make.

We have spent the last two years not only thinking about how to win the next election, but what sort of economic leadership we need to provide in office.

That’s why we have developed five principles of economic management which will underpin our efforts to create jobs and investment.

1. A focus on the jobs of the future

Creating the circumstances for new firms to emerge and grow. The fact is that the majority of jobs to be created over the next ten years will be in firms which don’t exist today. Labor is the party of jobs. A party that is concerned about job creation will be a government concerned about firm creation and giving young people the skills they need to win and create the jobs of the future. The new economy has been a focus of Labor’s policy development for three years, whereas as it is Malcolm Turnbull’s flavour of the fortnight.

2. Working together with unions and business to improve our competitiveness on a sector-sector basis

Getting the macro-economy right is important, but it is not enough. I make no apologies for aspiring to be a Treasurer who takes an active interest in the economy sector by sector. Only a blindly right-wing ideological approach would see economic growth go begging because of a refusal to examine competitiveness on a sector-by-sector basis. Advanced manufacturing will be our priority as we begin this task.

Government and business have different jobs to do. But Labor Governments and business both want to see economic growth to create jobs. The Liberals have taken a confrontationist approach to unions in a way which doesn’t help the economy. Labor will work co-operatively with both business and unions in open engagement.

The Asian Century is continuing, but it is changing. There is still enormous opportunity for Australia in economic engagement with Asia, but it is opportunity which will go begging without the right policy settings. We need education, trade and economic policies which give Australia maximum capacity in engaging with India and ASEAN nations in particular as the arc of Asian economic activity moves progressively South and East over the next decade. We will also focus our economic diplomacy efforts not only on the G20 but also seek to reinvigorate the APEC agenda, in keeping with the legacy of Labor Governments past.

The Liberals botched budget strategy has managed to hurt both families and the macroeconomy at the same time. The last thing the economy needs is an ill-thought out rush to surplus through austerity. Labor will have sensible budget plans which involve a gradual return to budget balance by having more savings than spending measures over the decade. Unlike the Liberals, we recognise there is a revenue problem in the budget, and we have been prepared to lead the debate and take tough decisions on things like multi-national tax, high income superannuation and tobacco. Labor’s plans represent a gradual, sensible and well calibrated budget strategy.